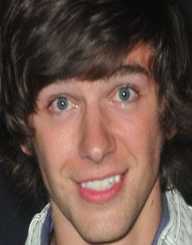 Tim Urban was born on May 1st, in 1989. He earned his fame after featuring on the 9th season of the hit show dubbed American Idol.

Timothy Joseph "Tim" Urban was born on May 1st, in 1989. His place of birth was in Duncanville, Texas. He is the son of Doris and David Urban. Tim was born into a religious family. Together with his other nine siblings, their parents raised them with a strong religious foundation. For their early education, their mother homeschooled them.

When Tim Urban clocked 13, he ventured into music. His primary focus in singing was in Christian genre of music. Later, in 2009, Tim decided to audition for American Idol. Fortunately, he successfully competed in the 9th season of the show. The show brought Tim to the limelight after emerging the top ten best finalists in the show. Unfortunately, he did not reach the finals as he was eliminated during the “Idol Gives Back” chapter.

Tim Urban is the sixth born son to his family. In 2014, Tim became a father.