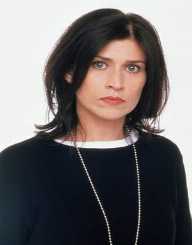 Actress Nancy  McKeon was born on the 4 April 1966 in Westbury, New York to Barbara and Donald McKeon. She has an older brother Philip who is also an actor.

She started out appearing in various commercials and also won roles in the soap opera Another World and The Secret Storm. When her family relocated to Los Angeles in 1975, Nancy McKeon was cast as Linda Lavin in the television series Alice.

Nancy McKeon married Marc Andru on the 8 June 2003 and the couple life in Austin, Texas. The couple has two daughters.