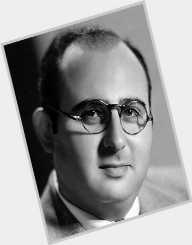 Norman Taurog was the youngest play writer and director who ever earned an Academy Award for Best Director. He directed more than 180 films including many comedies and music. Beginning at an early age, Norman grew to become one of the most famous directors in American history. His acting career was nurtured through performances in theaters and association with well-known stars of both 19th and 20th Centuries. Some of the people he worked with include Charles C. Wilson, Spencer Tracy, Gene Kelly, Judy Garland and Fred Astaire. He however retired after about 50 years in his profession and resorted to lecturing at the University Of California School Of Cinema.

Norman Taurog was the son of Arthur Jack Taurog and Anita Taurog born in Illinois, Chicago on 23 February 1899. He was an active child who began doing drama at a tender age, and as he turned 13, he was already featured in a film. His first film was known as ‘Tangled Relations’ which also gave him an upper hand at the off-Broadway theatre.

In a bid to expound on his acting career, Norman Taurog tried a romantic film where he was the lead actor. However, this film did not bud into something prosperous. Therefore he ventured into directing in 1919.  His focus was now more on directing films than acting and worked alongside other directors like Larry Semon in the movie ‘The Sportsman’ (1920).

In his directing quest, Norman Taurog was able to make several films that were rather silent and exceptionally short. These initial films were comedies which he co-directed together with Semon. In 1928, ‘Lucky Boy’ was created in collaboration with Charles C. Wilson and followed by ‘Skippy’ in 1931. Skippy was one film that came with a ray of success which paved the way for Norman into Hollywood film industry.

With renewed zeal and ambitious mind, Norman Taurog embarked on producing real films, and the film ‘Boys Town’ was released in 1938. The film was one major hit drama of the time putting him in the seat of fortune in the realm of films. Through the 1940s, he focused on the life of a young inventor Thomas Edison and produced a film that was supposedly his biography ‘Young Tom Edison.’ The next production shifted to a musical film featuring stars like Lily Mars, Judy Garland as the lead role and Van Heflin. Several other films followed in the after years including ‘The Beginning or the End’ (1947) and the comedy ‘Jumping Jacks’ (1952). Working with two actors Martin and Lewis as a duo, he produced ‘The Stooge’ (1953), ‘The Caddy’ (1954), ‘You are Never Too Young’ (1954) and ‘Living It Up’ (1955).

Some of the awards and achievements accredited to Norman include ‘Academy Award for Best Director: Skippy’ (1931). ‘Venice Film Festival Mussolini Cup for Best Film: The Adventures of Tom Sawyer’ (1938). Norman Taurog was also inducted into the ‘Hollywood Walk of Fame.’

Norman Taurog married Julie Leonard in 1925 with whom he had one child. Norman divorced Julie Leonard in 1943 and married Susan Ream Broderick in the following year. Susan was to be his lawful wedded wife until his demise. Due to aging, he was blind during his prime years before he died on 7 April 1981 in California, Palm Desert. At the time of his death, Norman was 82 years old.