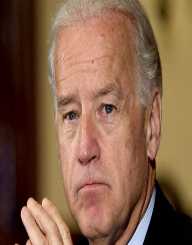 Joseph Robinette Biden Jr. was born on November 20, 1942, in Scranton, Pennsylvania. He was the first of four children in his family. In 1953, the family moved to Claymont, Delaware. His father was a successfully used car salesman. Biden attended the Archmere Academy in Claymont. He was an exceptional halfback/wide receiver on the football team and also played on the baseball team. During his junior and senior year, thanks to his natural leadership abilities, Biden was selected the class president. He also participated in anti-segregation sit-ins at Wilmington.

After graduating high school in 1961, Biden continued his studies at University of Delaware. He earned his BA in 1965, majoring in history and political science. At this point in his life, he already was planning to become a senator and later, the president of United States. In 1968, he received Juris Doctor from Syracuse University College of Law. As a child and into his twenties, Biden suffered from a stutter, which he eventually overcame by reciting poetry in front of a mirror. During the spring break in 1964, Biden met Neilia Hunter, who eventually became his wife.

Biden was admitted to the Delaware bar in 1969. After graduating, he moved to Wilmington, Delaware and began working at a law firm. During this time, he became a member of the Democratic Party and actively participated in politics. In 1970 he was elected to the New Castle County Council. In 1971, Biden started his law firm. During this time, Biden already had three children-a daughter and two sons.

In 1972, encouraged by the Delaware Democratic Party, Biden ran against the Republican J. Caleb Boggs for the United States Senate. Biden organized a tireless campaign and won the election. He became the fifth youngest U.S. senator in the nation’s history, at 29 of age.

After he won the election, Biden was struck by a devastating tragedy. His wife and children got into a car accident while shopping for a Christmas tree. His wife and daughter were killed in the accident, but his two sons were injured. During this time, he even considered suicide. His family encouraged him to honor his commitment and represent the people of Delaware in the Senate. He took the oath of office from his sons’ hospital room. To be together with his children, Biden continued to live in Wilmington and commuted to and from Washington by Amtrak train.

Biden served as the United States senator from 1973 until 2009. During this time he served as chairman of the Committee on Foreign Relations. His policies included advocating for strategic arms limitation with the Soviet Union, promoting peace in Balkans and expanding NATO. He also advocated for taking action to end the genocide in Darfur and spoke out against President George W. Bush handling Iraq War.

Besides his work on the foreign policies, Biden was also a proponent of tougher crime laws. He was the chairman of the Senate Judiciary Committee. In 1994, he sponsored the Violent Crime Control and Law Enforcement Act.
Biden established his reputation as one of the most prominent Democratic lawmakers. In 1987, he decided to run for the U.S. presidency. During his campaign, Biden was suffering from severe headaches and was diagnosed with two life-threatening brain aneurysms. Biden dropped out of the race, underwent brain surgery and returned to his Senate position after seven months of recovery.

In 2007, Biden decided to run for the U.S. presidency. His campaign failed to generate attention in the race, where Barack Obama and Hillary Clinton were also participating. He dropped out of the race, and when Obama secured the Democratic nomination, he selected Biden as his running mate. Barack Obama and Joe Biden defeated the Republican opponents John McCain and Sarah Palin in 2008 election. Biden became the 47th U.S. vice president.

As vice president, Biden was mostly working as the advisor for Obama. Nevertheless, he also took an active role in formulating the federal policies relating Iraq and Afghanistan. The Obama-Biden team ran for the 2012 re-election against Mitt Romney and vice presidential running mate Paul Ryan. The pair won the re-election. 2012 was a very important year for Biden, when he played a crucial role in achieving a bipartisan agreement on tax increases and cutting expenses, to avoid fiscal cliff crisis. Biden also became one of the leaders in the national debate about gun control. Biden had several solutions to reduce gun violence, and he helped to create 19 actions for the president.

After the death of his first wife, Biden remarried again in 1977 with Jill Biden. The couple had a daughter in 1981. In 2015, Biden suffered another personal loss, when his son Beau died of brain cancer. Beau was at the time only 46 years old. Before this happened, it was speculated that Biden might run for the presidency, but Biden stated that his time has passed.

In 2017, President Barack Obama awarded Biden with the Presidential Medal of Freedom with distinction. This is the highest civilian honor in the United States. The honor was presented to Biden in a surprise ceremony at the White House. The media captured Biden's surprise, and he later gave an emotional speech thanking Obama, the First Lady and his wife and children.