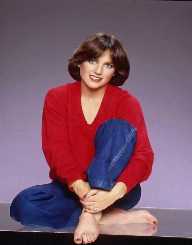 Dorothy  Hamill started skating at the age of eight. She started with group lessons once a week, which developed the following year to encompass private lessons as well.

As she grew more serious about her skating, Dorothy  Hamill would travel to New York City’s Sky Rink to train, as there was a shortage of time available on the ice at her local rink. Dorothy  Hamill's father spent around $20,000 per year on her skating expenses.

Dorothy  Hamill attended public schools in Riverside until 1970 when she changed to a smaller school that allowed her a flexible timetable to fit in with her skating schedule. She graduated from Colorado Academy High School.

In 1969, Dorothy  Hamill had her first national win at the U.S. Championships winning the novice category at 12 years of age.

In 1970, she came second at the junior level in the U.S. Championships. In 1971, she made her senior debut. When she began to compete internationally, the U.S. Figure Skating Association organized Carlo Fassi to be her coach.

Dorothy  Hamill started competing in and winning competitions, including the national titles, and she also competed in the Winter Olympics of 1976 where she won both the short and long programs and came second in the figures.

During her peak, Dorothy  Hamill created what became known as the “Hamill camel.” It was a new skating move that involved a camel spin followed by a sit spin.

In 1977, Dorothy  Hamill joined the Ice Capades and stayed with them until 1984 as the headline act. Over the years, Hamill has continued to perform in skate shows, including Broadway on Ice.

Her other awards included being inducted into the United States Figure Skating Hall of Fame in 1991.

She married again in 1987, to Kenneth Forsythe. The couple had a daughter together, but they divorced in 1995.

Dorothy  Hamill married for a third time in 2009, to John MacColl.

Sadly, Hamill has been diagnosed with depression for most of her adult life, and she has needed medication and therapy to keep it under control. Her daughter also suffers from depression.