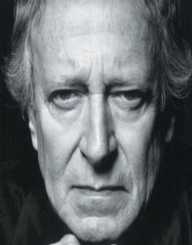 John Barry or John Barry Prendergast was not only one of the most renowned English composers but also a conductor of music for films. He is famous for his composition of scores of the 11 films of James Bond that were made between 1963 and 1987 and for also performing the theme title of the first James Bond movies in the entire series.

His work was not only cherished by the audience but was also awarded the Academy Awards a total five times. He was also nominated twice for his work in movies like Born Free, The Lion in the Winter, Out of Africa and Dances with Wolves. He had an excellent career for over 50 long years.

John Barry was born on the 3rd of November in the year 1933 in York, England to an English mother and Irish father. John was youngest of the three children of the family.

His mother was a classical pianist and father; John Xavier was a projectionist during the silent film era. This clearly shows that the cinematic environment in which he was brought up. John’s father had a significant influence on him especially when it comes to music and his taste towards the same.

John Barry went to St. Peters School located in York, England and side by side he even attended the lessons for composition from Francis Jackson who was an organist of York Minister.

His interest in music overtook him, and he dropped out of school at the age of 15 and thereby started working as a projectionist along with his father. At such a young age, John used his talent and also composed the music of all the movies he watched. He also learned piano and trumpet and played the same in dance bands.

Using the experience John even created a band of his own and after some time he wrote the music for two films which were later directed by Peter Sellers.

John Barry made his band by the name of the “John Barry Seven” giving some of the most hit records including the theme song for BBC’s Juke Box Jury platform. He also got his first chance as a composer when he was asked to provide music for the beat Girls. After his hit work for the movie, he was even hired by EMI from 1959 to 1962 to arrange for various orchestral achievements for different company singers.

Noticing these achievements, the producers of Dr. No, which was a new movie gave an opportunity for John to recompose the theme song for the movie as they were not satisfied with the previous one. As a result, the world got the famous signature tune ever made in the film industry.

For the same work, he was even recommended by Bart at some places, and the career for John turned as he won 5 Academy awards and 4 Grammy awards for the scores provided in various films like Born Free, The Lion in Winter, etc.

John Barry was a one of a kind artist having a unique style of concentrating on lush strings and extensive use of brass. He also never had any fear before any innovation proved by him being one of the first musicians to use pop artists and such songs in large number.

His work was very vast and not just limited to films, but he even wrote some scores for various musicals with lyricist Don Black.

John Barry had a fantastic career which was full of opportunities, but he had to face his share of ups and downs in his personal life. John got married four times in search of a perfect life partner.

First, three of the four marriages with Barbara Pickard from 1959-63, Jane Birkin from1965-68 and Jane Sidey from 1969-78 did not end the way he would have liked, and they all ended in divorce. But, it was when he married his fourth wife Laurie in the year 1978 which lasted until his death was a fruitful one.

John Barry had suffered from an esophagus rupture in 1988 which was followed by a toxic reaction due to a health tonic consumed by him. Because of this, he had to stay away from work for two years and also left him vulnerable to pneumonia, and he ultimately died of a heart attack on 30th January 2011 at the age of 77.