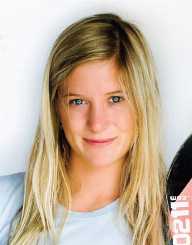 Hannah Teter is an American snowboarder and philanthropist.

Hannah Teter was born in the community of Belmont, Vermont, on January 27, 1987. Her mother, Pat, and her father, Jeff, are both skiers. She has four older brothers. Two of them, Elijah and Abe, have taken part in snowboarding competitions.

The oldest brother, Amen, is their manager. She started taking snowboarding lessons when she was eight years old. She graduated from the Okemo Mountain School.

In 2004, Teter won the Competitor of the Year Award from the organization NASJA. In 2006, she won the ESPY Award for Best Action Sports Female.

Hannah Teter won the World Junior Championship in Finland in 2002. She then participated in her first World Cup. The next year, she became the youngest member of the US Snowboarding Team. She continued to compete and win medals in multiple World Cup events.

Hannah Teter has competed in the Winter X Games in Aspen since 2003. She has won one gold medal, two silver medals, and six bronze medals. She has also taken part in the Winter Gravity Games, the US Open, the Australian Open, Nippon Open, the FIS World Championships, and in different Grand Prix events.

In 2006, Hannah Teter was featured in three documentaries about snowboarding – First Descent, AK and Beyond, and Snow Blind. In 2009, the ice cream company Ben and Jerry’s created a new flavor in her honor called Maple Blondie. In 2010, she modeled for the Sports Illustrated Swimsuit Issue. In 2013, she published an instructional book called Mastering Snowboarding.

In 2008, Hannah Teter created a charity called Hannah’s Gold. The organization sells maple syrup and gives the earnings to a village in Kenya with the purpose of building schools and providing clean water.

She also posed in an ad campaign for PETA, and she is a spokesperson for Boarding Breast Cancer. In 2010, she created another charity called Sweet Cheeks.

The organization sells underwear and gives money to children living in poverty. She also donated all of her earnings from the Winter Olympics to the victims of the earthquake in Haiti. In 2014, she became a Global Ambassador for the Special Olympics, a competition for the intellectually disabled.