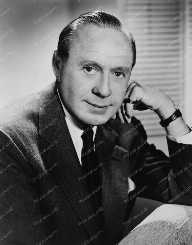 Jack Benny was born on February14th, 1894. He was born in Chicago, Illinois. His birth name was Benjamin Kubelsky. Benny had a special interest in music and he loved playing the violin. His passion for entertainment made him a pro in the vaudeville industry. He was also skillful in comedy and this made people love his shows. During the late 1930s, he had developed in the industry and he had his own radio show called The Jack Benny Program.

Later on in 1950, Benny began making appearance for his show on TV. This was the TV version of the radio show that he featured on. He did not leave his radio show entirely as he alternated on a weekly basis. 15 years down the line, his famous TV show came to an end. After this, Benny still made appearances on TV but this time as a guest. He died at the age of 80.

After being born in Chicago, Illinois, Jack Benny grew up in a neighboring town called Waukegan, Illinois. He was born to his Jewish parents Meyer Kubelsky and Emma Sachs Kubelsky. His father was in charge of running his saloon business. When Benny was still young, he began taking violin classes. His parents had high hopes in him when he was 6 years old. His proficiency in playing the violin was evident right from his tender age.

Right from the start, Jack Benny was basically a minor vaudeville artist. Later on, he went to be famous throughout the nation, thanks to his radio show The Jack Benny Program. His radio show was aired on a weekly basis and it ran from 1932 -1948. First, this was on NBC before it shifted and got aired on CBS from 1949 – 1955. During this period Benny’s show was among those that were highly rated and therefore popular.

This was not the end of the talented Jack Benny. In 1954, Benny worked with Mary Martin and Groucho Marx in co-hosting General Foods 25th Anniversary Show. Shortly after, he landed another major role with the CBS show Shower of Stars. This occurred in 1954. He was a co-host as he worked with William Lundigan. The show made a successful run since its debut in 1954 and it ended in 1958.

In addition to a successful career both on the radio and in TV, Jack Benny featured in award winning films. He featured in The Hollywood Revue of 1929 which won an Academy Award. Other films that he was associated with include Chasing Rainbows - 1930, The Medicine Man – 1930 and Mr. Broadway - 1933.

In 1927, Jack Benny tied the knot with Sadie Marks. The couple went on to adopt Joan Naomi.

During his late moments in 1974, Benny’s diagnosis revealed that he suffered from pancreatic cancer. On 26th December, 1974, Jack Benny passed on in Los Angeles, California. He died at the age of 80.