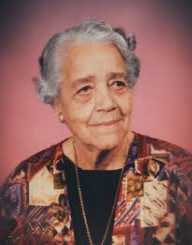 Dorothy Johnson Vaughan was born on September 20, 1910. She was an American mathematician. Many people referred to her as a human computer. She was African American. She worked for NASA and the National Advisory Committee for Aeronautics at the Langley Research Centre in Hampton in Virginia. In 1949, she was the supervisor of the West Area Computers. She died on November 10, 2008, at the age of ninety eight.

Dorothy Vaughan was born on September 20, 1910, in Kansas City in Missouri, United States of America. She was born to Annie and Leonard Johnson. Her family, later on, moved to Morgantown in West Virginia. She attended Wilberforce University in Ohio and majored in mathematics. In 1929, she graduated from the school with a Bachelor of Arts Degree in mathematics. She graduated from college at the age of nineteen.

In 1932, she got married to Howard Vaughan with whom she had six children, Michael, Donald, Leonard, Kenneth, Ann, and Maida. After they got married, the couple moved to Newport News in Virginia.

Dorothy Johnson Vaughan began her career as a teacher at R.R. Moton High School in Farmville in Virginia. In 1943, she was hired as a mathematician and programmer at the Langley Research Institute. Her primary duties were calculating flight paths and FORTRAN computer programming. She also worked on the Scout project. She also largely contributed to space programmes at NASA due to her work on the Scout Launch Vehicle Program.

In 1949, she became an acting supervisor of the West Area Computers. She was later promoted to the position of supervisor officially and led a group of women mathematicians who were all African American. In the 1960s, she worked at NASA’s Numerical Techniques Division. She later was a member of the Analysis and Computation Division. She worked at Langley for twenty eight years while raising her childen. In 1971, she retired from NASA.

Dorothy Johnson Vaughan died on November 10, 2008, in Hampton in Virginia at the age of ninety eight. She was a member of the African American sorority, Alpha Kappa Alpha. She wrote a song titled ‘Math Math.’ She is one of the women in the book titled ‘Hidden Figures.’