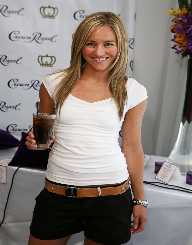 Gretchen Bleiler is an American professional snowboarder and entrepreneur.

Gretchen Elisabeth Bleiler was born in the city of Toledo, Ohio, on April 10, 1981. She spent the first few years of her life in the city of Dayton. When she was ten years old, her family moved to Aspen, Colorado. She graduated from Aspen High School in 1999.

Gretchen Bleiler started to learn snowboarding when she was eleven years old. She was inspired by her three older brothers who were involved with the sport. She became a professional in 1996, at the age of fifteen.

She joined the Aspen Valley Snowboard Club. She started participating in local competitions. She managed to qualify for the Nationals a few times. In 2000, she was invited to join U. S. Snowboarding.

In 2003, Gretchen Bleiler won the World Superpipe Championships, the X Games Halfpipe gold medal, the US Open, and the Vans Triple Title Crown. She took the first place at the World Cup, held in Italy. She was also one of the only four women invited to the Arctic Challenge. In 2005, she became the US Open Halfpipe Champion, and the gold medalist at the X Games and the Gravity Games.

In 2006, Bleiler became the Overall Grand Prix Champion. She won four out of the five events that determined the Olympic team. She earned a spot on the 2006 Winter Olympics, held in Italy. She won the silver medal. That same year, she won the first place at the World Cup held in Switzerland.

In 2008, Bleiler won the X Games and the Winter Dew Tour. In 2010, she again won the gold medal at the X Games. That same year, she competed in the Winter Olympics in Canada. She fell twice, and she did not win a medal.

Two years later, she injured herself during a training session. Gretchen Bleiler then failed to qualify for the following Winter Olympics. Because of this, she officially announced her retirement in 2014.

Gretchen Bleiler appeared on the covers of FHM, Jane Magazine, and ESPN The Mag. She designed her own line of snowboarding outerwear with Oakley and K2 Snowboarding. She also had brief appearances in the films Las Vegas, A Theory of Revolution, and Mountain Town.

She is involved with several different organizations, including the Aspen Center for Environmental Studies. Together with her husband, she owns ALEX Bottle, a company for reusable bottles and cups.

In 2009, Gretchen Bleiler married Chris Hotell, also a snowboarder. They split their time between their homes in Colorado and California.