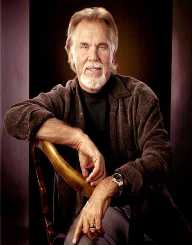 The white-bearded Grammy Award-winning musician, songwriter, and singer have over 120 hit singles to his name. Kenny Rogers topped the country and pop charts for an unparalleled 200 individual weeks. He is considered as one of the “highest-selling artists of all time.” Unsurprisingly, he has sold over 130 million record copies all over the World. He was inducted into the Country Music Hall of Fame.

Much is not recorded as to the birth of Kenny Rogers. However, he was christened Kenneth Ray Rogers and was born in Houston, Texas. His father was a carpenter while his mother was a nurse assistant. His parents are Floyd Rogers and Lucille Roger. His life was so much filled with pain and suffering. His family lived in a federal housing project in a very poor circumstance. He got enrolled and attended the Jefferson Davis High School, Houston. He finished his high school is the first member of his family to finish high school. However, Kenny Rogers decided to pursue his career in music. He was nicknamed Kenneth Donald on his birth certificate, but his family called him Kenneth Ray. He had six siblings and bought himself a guitar.

His career is not as rosy as people would think. Kenny Rogers has always wanted to pursue his musical career while in school. He bought himself a guitar and started a group called the Scholars. This group was a success as it had a highrockabilly sound. The group was so much success among the locales that it had a wide range of local hits. In the mid-1950’s, he broke out on his own with his hit single That Crazy Feeling for Carlton label. Sooner, he joined a jazz group, Bobby Doyle Trio. He earned a lot of score among the Columbians. He, however, broke out of Bobby Doyle Trio to join the New Christy Minstrels in 1966.

He became a singer as well as a double bass player for this group. However, he had issues with this group and formed his group, The First Edition, in 1967. He formed it with Mike Settle, Terry Williams, and Thelma Camacho. He however later renamed it to Kenny Rogers and The First Edition. This group released some hits topping the pop and country charts.

In 1974, Kenny Rogers got bored with the group after spending about ten years with them. He went ahead to start his solo to focus much on his country music. Thus, he sang Love Lifted Me which became his first solo to be in top 20 country hit list in 1975. Two years later, he also reached the charts with his mournful ballad, Lucille, a song about a man who is being left by his wife. This song won him his first Grammy for the Best Country Vocal Performance Male. He made it to the Top 5 with his ballad. Following his success, he released The Gambler which also earned him a second Grammy. He has other hits which are She Believes in Me, Coward of the County and You Decorated My Life. In 1978, he also wrote an advice book Making It With Music: Kenny Rogers’ Guide to the Music Business.

Apart from his solo works, he recorded some hits with the country Legend Dottie West. These duets also reached the top of the Country Charts. These hits are Every Time Two Fools Collide, All I Ever Need is You and What are we Doing in Love. In 1981, Kenny Rogers held for six weeks the No. 1 position on the pop charts for six weeks. Kenny Rogers scored one of the biggest hits of his career when he duets with Dolly Parton on Islands in the Stream. He is a successful person with at least 120 hits.

Kenny Rogers is not as successful in his marriage as he was in his musical career. He had five marriages which ended up in divorce. He married Janice Gordon, Jean Rogers, Margo Anderson, Marianne Gordon and Wander Miller. He is, however, a father to five children in total.