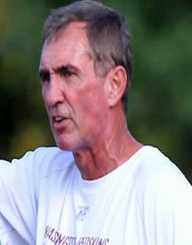 Michael Edward Shanahan is a former American football player and coach. Born on August 24, 1952, he is known for his long-term coaching career with the National Football League (NFL) franchise, Denver Bronco. Shanahan's playing career ended abruptly after a life-threatening injury, and since then he decided to go into coaching.

During his Broncos career that spanned from 1995 to 2008, Shanahan led the team to two consecutive Super Bowl wins, XXXII and XXXIII. The team also won its first NFL title during this period. Shanahan also coached the Los Angeles Raiders, the San Francisco 49ers, and Washington Redskins.

Michael Edward Shanahan was born on August 24, 1952, in Oak Park. His father was an electrician and his mother a homemaker. Growing up in Franklin Park and Schiller Park as a young boy, he took an interest in sports, especially football. He also played baseball and basketball. Shanahan received education from East Leyden High School, Franklin Park, Illinois.

While there, he played wishbone quarterback for the school team headed by legendary coach Jack Lee. Mike Shanahan was an exceptional player, in the school team, winning East Leyden Athlete of the Year at his final year. He was also voted MVP of the football and track teams. With 260 yards on 15 carries, he made the single-game rushing record on September 20, 1969, until Dennis Cascio broke the record in 1976. He graduated in 1970, earning a football scholarship to Eastern Illinois University.

Mike Shanahan played quarterback for the Eastern Illinois University football team. He encountered a life-threatening and career-ending injury during a filed practice in 1972. He received a hard knock on the field, rupturing his kidney and causing the heart to stop for about 30 seconds. Thinking he was dead, a priest was summoned to perform his last rites since he was a devoted Christian. However, he made a miraculous recovery but at the expense of his career. He decided to venture into coaching due to his love for the game.

In the 1980s, Mike Shanahan served at Denver Broncos as a receivers coach and later as the offensive coordinator under Dan Reeves. His performance at Broncos attracted owner of Los Angeles Raiders AI Davis, appointing him to replace coach Tom Flores in 1988. He became very unpopular amongst the players and coupled with the team’s poor performance, boardroom disputes, he was fired in 1989. He returned to Broncos as an assistant coach. In 1992, he worked under Coach George Seifert at San Francisco 49ers as offensive coordinator.

In 1995, Mike Shanahan became the head coach of Denver Broncos after a successful stint with San Francisco 49ers. He was very successful at through is 14 seasons with Broncos, winning the Super Bowl championship two consecutive times from 1997 to 1998, which became a record at the time. He led the Broncos to set an NFL victories record of 46–10 over three years from 1996 to 1998. He was fired after the 2008 season, after Broncos failing to qualify for playoffs in three consecutive seasons.

After his sack from Broncos, Mike Shanahan earned the head coach job at Washington Redskins. Officially introduced on January 5, 2010, he signed a five-year, $35 million contract. He was also made the vice president of football operations, having the final say on football matters. He brought in his son, Kyle Shanahan as the offensive coordinator. He served as coach until December 30, 2013, when Redskins owner Daniel Snyder fired him.

Mike Shanahan married Peggy Shanahan in 1976. The couple has two children Kyle Shanahan, who followed his father’s profession to become a coach and currently the head coach of San Francisco 49ers and daughter Krystal Shanahan. He wrote the motivational book about leadership, Think Like a Champion, with writer Adam Schefter.