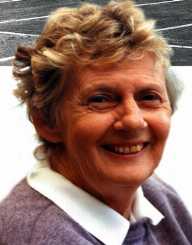 Betty Cuthbert aka Golden Girl ruled the 20th-century by winning over three Olympic gold medals. Running to her was just like taking a cup of tea since her childhood days. It isn’t a surprise that she is still mentioned in athletes list. But it wasn’t as easy as it sounds; she neglected lots of things to hold an athlete title. The good thing is that her mother encouraged her to the core. In the process, she earned individual lessons from a remarkable sprinter, June Ferguson. Without a doubt, she managed to visit different national events that added more value to her career.

American Actress and model Carmen Electra shares similar month and date with that of our renowned runner, Cuthbert. On April 20, 1938, Elizabeth Cuthbert was born in Sydney to Patricia and Kevin Cuthbert. She has a young brother, John and a twin sister named Marie. She grew up in the course of 1930s recession in Sydney. Kevin Cuthbert had a plant nursery that Betty used to run in every row. Before joining Macarthur Girls High School, She enrolled at Ermington Public School where she fathomed in sports. Not to mention she also won a trophy for showcasing her athletic talent. She met her mentor, June Ferguson in high school where she coached her to the fullest. Due to the passion that she had, Betty teamed up with Western Suburbs Athletic Club.

At 17 years old, Betty Cuthbert managed to compete in a race that proved that she had it all set. To her mother’s shock, she passed the 200-meter world record in 23.2 seconds. But her remarkable performance didn’t mean that she was all ready for the Olympics. Reason being that she was selected as number fifteen in the hundred meters run. Her colleague, Marlene Matthews, clocked the Olympic field than her. Betty’s confidence and focus started to weaken. After a short period, Betty opted to concentrate on her Olympic trials. Amazingly, she surpassed Matthews and won 100, and 200 meters run. This is where she was selected to represent her country.

In 1956 Cuthbert participated in Melbourne Olympics where she set 11.4 seconds record in 100 meters run. She went home with a gold medal on her chest. After a week, she was seen in 200-meter run where she won without a doubt. This time round, she managed to set a Marjorie Jackson’s record of 23.4 seconds. Again, she smiled all the way to earning her second gold medal.

Betty received the Golden Girl pseudonym name when she participated in the four by 100 Australia’s relay and won another gold medal. In the mid of 1958, she was seen in the Cardiff Commonwealth Games, but she earned a silver medal. She suffered a strain before the Rome Olympics, but she continued to Aim for the highest.

Unfortunately, Betty retired in 1960 due to several injuries. After one year, she went through an intensive preparation and training. Eventually, her intensive coaching paid off where she won the four by 11 yards relay that was held at the 1962 Commonwealth Games. From 1963 to 1964 Betty won the 440 meters in Tokyo Olympics. Although injuries continued to torch her athletic moods, Betty aimed for more success. But this didn’t prove her right when she lost the 1964 national competitions. She later retired due to several sclerosis that she was forced to spend the rest of her life in a wheelchair.

During her recovery, Cuthbert enjoyed her childhood memories at her father’s nursery. In 1970 she had sclerosis that saddened her fans globally. Till today, Betty has defeated her disability by making sure that she has helped the oppressed personalities who suffer in silence. She is always seen in various supports and research for the Multiple Sclerosis Society Campaigns. Betty likes to stay away from public eye and media blaze. One of the streets in her hometown is named after her-Betty Cuthbert Avenue.