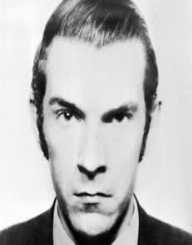 English serial killer Graham Young was born in Neasdon, North London on the 7 September 1947 to Bessie and Fred Young. When he was an infant, his mother died of tuberculosis, and an aunt raised him until his father remarried in 1950. He was two years old when he went back to live with his father and his new wife Molly in St Albans. Young was unhappy at being separated from his aunt and uncle and developed into a solitary child unable to interact with his peers.

As a child, Graham Young began reading accounts of murders and became fixated with the Crippen murder case, a notorious poisoning murder that had taken place in London in 1910. As a teenager, he became interested in Hitler, the occult and was involved in cruelty towards cats. At school, he became interested in chemistry, toxicology and forensic science. His father bought him a chemistry set and encouraged his interest in science.

Soon, Young was buying large amounts of poisons for study purposes. He experimented on a fellow pupil, Christopher Williams who fell seriously ill but survived. Young then decided to test on his own family.

Then Young’s stepmother fell violently ill and on the 21 April 1962 she died in hospital. No connection was made between Young and his stepmother’s death. He then began experimenting on his father who was admitted to hospital with antimony poisoning. His father survived but could not accept that his son was to blame.

Graham Young's chemistry teacher became suspicious and contacted the police after he discovered various material relating to poisons in Young’s desk at school. A police psychiatrist assessed Young, and he was arrested on the 23 May 1962. He confessed to poisoning his father, friend Williams and his sister Winifred. He was found guilty and sent to Broadmoor maximum-security hospital.

Once in jail, he began poisoning other inmates, some fell ill, but no-one died as a result of his poisonings. During his time in prison, he grew more sophisticated in covering his tracks and hide his interest in poisoning. Young was released from prison in 1971, considered cured of his obsession.

Graham Young was 23 when he was released from prison on the 4 February 1971. His father had rejected him, but he kept in touch with his sister Winifred. Upon his release, he lived in a hostel. He began accumulating poisons, and soon two fellow hostel residents fell ill. He got a job working at a photographic supply company. He started making tea and coffee for his co-workers, and soon people began to fall ill.

He poisoned his boss Bob Egle who died on the 7 July 1971. His next victim was Fred Biggs who began showing symptoms in September 1971 and who died on the 19 November the same year. At this time dozens of employees at the firm were experiencing symptoms. The company doctor had a discussion with Young and was surprised by his knowledge and reported it to management.

Police were called, and Graham Young was arrested, on the 21 November 1971,  when the connection between his previous poisoning conviction was discovered. His trial began on the 19 June 1972, and he was charged with two accounts of murder, two accounts of administering poison and two accounts of attempted murder. Soon he was being referred to in the media as The Teacup Poisoner. He was found guilty on the 29 June 1972 and given four life sentences.

Graham Young was sent to Parkhurst Prison on the Isle of Wight, a maximum security prison where he died of a heart attack on the 1 August 1990. There is a waxwork of Young in Madame Tussaud’s in London.