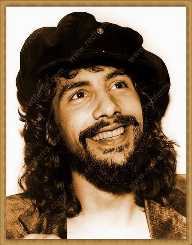 Cat Stevens is a British born singer and songwriter. He is skilled for being a multi-instrumentalist and loved by many for his humanitarian nature. He was born on July 21st, 1948 in London England. Back when he was a toddler, he learned to play the piano and performed in his parent’s restaurant. When he clocked 18 years old, he signed a contract with Decca Records and later on went to release his debut album. During the 70s, his fans recognized him as a romantic singer with singles that topped the charts.

During birth, Cat Stevens was given the name Steven Georgiou. He was born on July 21st, 1948. His place of birth was in London, England. He was the youngest child of Stavros Georgiou and Ingrid Wickman. His parents owned a business restaurant that would keep Stevens and his other siblings, Anita and David healthy and fit to live. Stevens worked with his parents in waiting tables in their family restaurant.

The family had a small home that was just above the restaurant. This was the place where Stevens learned to play his piano when he was still young. He had a strong influence that drove him to be passionate about music. This was from the nearby theatre that made him fight for his dreams.

Morally, Stevens has disciplined thanks to his parents’ way of religious upbringing. They took Stevens to a Roman Catholic School, and this worked well with their Greek Orthodox. It did not take time before Steven’s parents separated. Nonetheless, they still lived together. In spite of the challenges the young man was going through, he still managed to prove his musical talents. During the 1963 period, he was obsessed with the Beatles. This made him convince his father to purchase a guitar for him. After getting his first instrument, he wrote and played his favorite tunes.

Performing at local bars was the only place that Stevens could kick off his music career. In 1964, he made his first bar performance at Black Horse. This was a local bar. During this period he was schooling in Hammersmith Art College. Fortunately, his regular and outstanding performances landed him a songwriting deal that would change his life; it was the beginning of a long and a successful career.

Immediately after signing his songwriting deal, Stevens wrote the song "The First Cut is the Deepest." He sold the song at $40 to P.P. Arnold. This was a hit as it was ranked No. 18 in U.K. charts. After a successful hit song, Mike Hurst, a producer, tried to convince him to join Decca Records. He was only 18 years old and thirsty for success. He, therefore, joined the record company and released his first album, Matthew, and Son after a short while. Some of the songs featured on this album included "Here Comes My Baby," and "I Love My Dog." The album’s title track was a hit as it was ranked No. 2 on the charts. This gave him a huge boost to his new and roaring career.

After a short period of misunderstanding with Decca Records, Cat Stevens returned to the music industry with a major hit. In 1970, he released Tea for the Tillerman. “Wild Word” was a hit single that he also released during this period. This song made he acquire many followers more so in the U.S. Tea for the Hillerman went gold and rejuvenated Stevens’ dreams of being a pop star.

Stevens also went ahead to break major records with songs such as "Morning Has Broken,” "Peace Train" and "Moon Shadow.” In 1971, he provided soundtrack songs to the film Harold and Maude.Stevens’s exposure to his audience grew larger as the film became a famous cult movie. One year later, he released another album Catch Bull at Four, which topped the charts for about 3 weeks. So, far this was Stevens most prosperous American release. A few years later in 1977, he went gold with the album release, Izitso.

In 1976, Cat Stevens was swimming at Malibu beach in California when the worst happened. He nearly drowned. He nearly died when he made a solemn promise to serve God if at all he survived the tragedy. Fortunately, he managed to pull through and his brother, David Gordon awarded him with a Qur'an for his birthday. This was the beginning of a transition to the Islam religion. A year later, Stevens went ahead and changed his names from Cat Stevens to Yusuf Islam.

Return To The Music Industry

After vowing not to be involved with secular music with some of his tracks later being blacklisted in the U.S., he was back to doing music in 2004. His talents dominated the industry during the following year as he was bestowed with "Songwriter of the Year"-2005. He also received an award for "The First Cut is the Deepest," which was classified as the “Song of the Year.” The same written song for 1967 earned him an ASCAP award the following year.

During his religion conversion period, Cat Stevens got married to Fauzia Mubarak Ali. Their marriage occurred on September 7th, 1979. The couple has five children together.