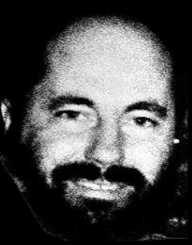 Leonard Lake was a serial rapist and committed killer who escaped being tried in court by committing suicide in a police cell.

His date of birth is recorded as October 29, 1945. Leonard Thomas Lake was the first child in the family. Born and raised in San Francisco California, Lake saw his family break up during his childhood. Together with his other siblings, Lake was sent to his grandmother’s home in 1951. This was necessitated by the divorce of his parents.

Lake was not a social child. He used most of his time in bizarre activities. He would collect rodents and dip them in acidic concoctions. The melting away of the rodents gave him untold satisfaction

Part of his immoral character was formed during his stay with his grandmother. She encouraged Lake into pornography. Lake started taking pornographic photos of her own sisters, with their grandmother’s consent. He later turned his sisters into habitual sex partners. He would demand sexual favors in return for protection from bullying.

Notwithstanding his weird personality, Lake finished his high school education. After his graduation from Balboa High School, Lake was drafted into the military in 1964. He was sent to Vietnam as a radar specialist. Lake was discharged from the military soon after exhibiting nervous breakdown manifestations in 1971.

The same year, Lake relocated to San Jose in California. He joined the San Jose State University in the hope to transform his life. The college lifestyle took a tall order on him. He dropped out in the first year of college. He then settled in a local commune and lived there for almost a decade.

During this period, Lake married and divorced his first wife. He later remarried another wife. Nicknamed Cricket, his second wife’s official name was Claralyn Balasz. Lake found a partner in Balazs. Unlike his first wife who disliked his immoral life, Balazs found his ways appealing. She was part of most of the nude photos and films lake produced.

Lake had a strange notion of a nuclear apocalypse. He embarked on constructing a safe bunker. This was later used as part of his torture chambers for his victims.

Lake first met his partner in crime in 1981. His encounter with Charles Ng was primarily accidental. They met at a book fair. Ng was a child of a wealthy family from in Hong Kong. A habitual shoplifter, Ng was expelled from a school in London England. He then migrated to the US. To escape arrest for shoplifting, Ng joined the US army. He was dismissed from the army on counts of theft in 1984. He eventually settled in with Lake in Wilseyville California.

With a mutual understanding to commit horrors, the two embarked into their murderous journey. In almost two years, Lake and Ng abducted tortured and killed people at will. Unlike most serial killers, Lake and his partner descended on neighbors, friends or relatives. Lake started with his own brother Donald. He was followed by his own close acquaintance Charles Gunnar. He then directed his killing tactics to his longtime neighbor Lonnie Bond. Lake tortured and killed the entire family. In total the entire family of six perished together.

Lake and Ng used crude methods to inflict harm to their victims before killing them. One of their most devastating acts was torturing victims in the full view of their family members. They also raped women in the view of the other victims.

With the police n wild goose chase, Lake’s arrest was accidental. In early June 1985, Lake and his accomplice went to town. They were taking a gripping vice to be repaired in San Francisco. Keeping with tradition, Ng tried to shoplift another vice in the store. When accosted, Ng fled. Lake was not lucky. Oblivious of the happenings, he tried to calm the situation by paying for the gripping vice.

Lake was accosted by the police and gave out fake identification documents. He was arrested and taken in. Sensing that matters were out of hand, Lake took his life by ingesting cyanide tablets in a police cell. The pills which had always kept under his shirt collar ended his life after four days.

His partner Ng was arrested for shoplifting in Canada. He was returned deported back to the US after serving in a Canadian prison. He was later convicted and sent to jail in the US.

Every killer leaves a trail. Lake and Ng left theirs at their residence, including the shallow mass grave.