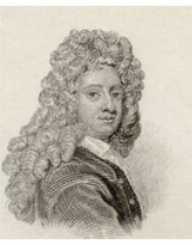 Born on June 30, 1685, John Gay was a prolific poet British writer and dramatist and member of the Scriblerus Club. John Gay did a lot of works throughout his career but was best known for The Beggar’s Opera produced in 1728. The play became very popular after its first production in London by theatre manager, John Gay after which it was performed in 62 times, making it the longest run for a play at the time. John Gay was the creator of the fictional characters Captain Macheath and Peachum, that became a household name in the 18th century.

John Gay was born on June 30, 1685, in Barnstaple, England. Coming from a financially distressed family, John Gay was educated free at a grammar school in Barnstaple. After his education, John Gay served as an apprentice to a silk mercer in London. Due to the severity of the work and other reasons, John Gay was relieved of his apprentice early and therefore returned to Barnstaple. Upon his return, John Gay received tutoring from his uncle, the Rev John Hanmer, who was a nonconformist minister in the town. Shortly afterward, he returned to London in 1707, where John Gay would spend most of his life.

Upon his return to London, John Gay worked with Aaron Hill, as a secretary. It was through Hill that he befriended famous writers like Alexander Pope, William Congreve, and Joseph Addison. This was when he found his interest in literature and therefore came out with his first work, Wine. After that satirical piece, John Gay was assisted by his new literary friends to produce The British Appollo, a question and answer journal. John Gay brought his journalist writings to bear when he contributed to the survey of contemporary periodical publications, pamphlet The Present State of Wit in1711.

John Gay served in the household of the Duchess of Monmouth as a steward from 1712 to 1714. His work there gained him enough time to pursue his writing career. Hence John Gay wrote The Mohawks which was not produced and also The Wife of Beth produced at the Dury Lane in 1713.

The same year, John Gay came out with poem Rural Sports which John Gay dedicated to Alexander Pope, his lifelong friend. The work gave a vivid description of the countryside and dealt with fishing and hunting. A year after he came out with, The Shepherd’s Week, which became very successful. The poem came in a series of six pastorals inspired by the rural English life. It was aimed at ridiculing the Arcadian pastorals of Ambrose Philips.

John Gay was appointed the secretary to the British Ambassador of the court of Hanover with the help Jonathan Swift where he served for just three months. Dedicated fully to his literary work now, John Gay came out with What d’ye call it? in 1715, with the help of Alexander Pope. The production made referenced Thomas Otway’s Venice Preserv’d. What d’ye call it? became difficult for the ordinary person to understand therefore the need for Lewis Theobald and Benjamin Griffin to publish a guide titled Complete Key to what d'ye call. John Gay’ next poem was Trivia or the Art of Walking the Street of London published in 1716. The poem was filled with humorous pictures of London at that time and acted as a guide to the upper and middle-class walkers of the society. The next to follow was the comedic Three Hours After Marriage produced in January 1717.

John Gay had assistance from Alexander Pope and John Arbuthnot in this production, however, it became a failure for being indecent. In the 1920s, John Gay released several works including Poems on Several Occasion based on subscriptions and Fifty-one Fables in Verse. This increased his purse as he earned over £1000. John Gay, however, lost all his fortunes to an investment into a South Sea stock recommended by James Craggs, the secretary of state. The huge loss resulted in a near-death situation as he became severally ill. Even though his friends advised him against the investment, they did not reject him after the lost as they helped him financially and motivationally.

The Beggar’s Opera And  Others

On January 29, 1728, John Gay came out with his famous work The Beggar’s Opera. The ballad opera was produced by John Rich caricatured the government minister, Sir Robert Walpole ran for 62 nights. The production set to depict the moral degradation of the society and became very successful commercially. After that success, John Gay released a sequel, Polly which depicted the adventure of Polly Peachum in West Indies. The book was controversial and was its production was banned by Lord Chamberlain under the influence of Walpole, the government minister. However, the ban rather became a blessing as demand for the work increased. With this, he published the book on subscription bases.

John Gay was never married but kept close friends who assisted him with his career. He died on December 4, 1732.