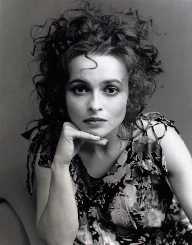 Helena Bonham Carter most famous for her roles as the evil witch Bellatrix Lestrange in the Harry Potter Series, and the tough brother owner in The Lone Ranger, is an Oscar-nominated English actress.

Helena Bonham Carter has had a very successful acting career appearing in films like Fight Club, The King’s Speech, Terminator Salvation, Charlie and the Chocolate Factory, Cinderella, and more.

Helena Bonham Carter was born on May 26, 1966, in London England. Her father is Raymond Bonham Carter and her mother, Elena Propper de Callejon. She has two siblings – older brothers Thomas and Edwards. Carter comes from a politically influential family.

Helena Bonham Carter had a difficult childhood, however, due to her parents’ failing health. While her mother had nervous breakdowns, her father was half paralyzed.

She paid her way to an acting education with the money she earned from winning a writing contest.

Helena Bonham Carter started her acting career with theatre roles. She was cast to play the role of Lady Jane Grey in a play titled Lady Jane. Her performance was impressive, and it opened doors for her to more acting roles.

When critics started to label her as an Edwardian actress, she was afraid of being typecast and moved into mainstream movies.

Helena Bonham Carter found considerable success in her movie career. Her appearance in the film Fight Club brought her rave reviews and future work. She appeared in several films of her husband Tim Burton starting with the 2001 film Planet of the Apes which was a remake of an older film of the same name.

In 2005, she gave her voice in the film Corpse Bride. Two years later, she appeared opposite Johnny Depp in the film Sweeny Todd: The Demon Barber of Fleet Street.
She landed a role in the Harry Potter series as the evil mad witch Bellatrix Lestrange and appeared in several movies of the series.

Following that, she got a role as Madam Thenadier, in the big budget movie Les Miserables, starring Hugh Jackman and Russell Crowe. In the 2013 movie The Lone Ranger, she featured as a brothel owner.

Helena Bonham Carter most recent role was in the 2016 movie, Alice through the Looking Glass, in which she portrayed the Red Queen.

Helena Bonham Carter is an Oscar-nominated actress. In 2012, she was made a Commander of the Order of the British Empire. She is also listed as one of the Top 10 British actresses of All-time, by the Times. She received a BAFTA award in 2011 and had received several Emmy and Golden Globe nominations.

Helena Bonham Carter married filmmaker Tim Burton in 2001. They met a few months earlier while working on a project together. In 2003, she gave birth to a son, and four years later, they welcomed a daughter. Association with Burton proved quite helpful for her career, as she appeared in many of the films he made. They, however, separated amicably in December 2014, after 13 years of marriage.