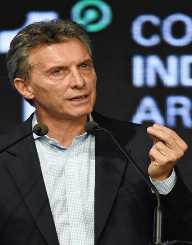 Mauricio Macri was born on February 8, 1959. He is an Argentine politician. He is the current President of Argentina. He was the founder of the political party ‘Propuesta Republicana’ (PRO).

Mauricio Macri was born on February 8, 1959, in Tandil in Buenos Aires. He was born to Francisco Macri who was a businessman and the founder of Macri Group and Alicia Blanco Villegas. He attended Cardinal Newman College, San Isidro. He later joined the Pontifical Catholic University of Argentina where he studied civil engineering. He became a member of the Democratic Centre Party to follow his interests in neo-liberalism.

In 1985, Mauricio Macri studied at Columbia University. Wharton School and Universidad del CEMA. In 1991, he was kidnapped by corrupt political officers and his experience influenced him to join politics. He was held for two weeks before his father paid a ransom of six million dollars.

Mauricio Macri began his career as a junior analyst in SIDECO Americana which was a construction company belonging to Macri Group. In 1984, he went to work with the credit department of Citibank Argentina. In the same year, he also joined Socma. In 1985, he became the General Manager of the company. In 1992, he was appointed the Vice President of Sevel Argentina which was an automobile company. In 1994, he became the President of the Company. The following year he was appointed the President of Boca Juniors which is a football club. He held the post until 2003. In 2003, he founded the centre right party ‘Compromiso para el Cambio,’ and that is how he ventured into politics.

In 2005, Mauricio Macri founded another party ‘Propuesta Republicana’ (PRO). In the same year, he won when he ran in the City of Buenos Aires for the Chamber of Deputies. In 2007, he ran for the mayoral elections of the City of Buenos Aires and won. He was re-elected in 2011. In 2015, he ran for the presidential seat and won against Peronist Candidate Daniel Scioli. He took the office of the President on December 10, 2015.

In 1981, Mauricio Macri married his first wife, Ivonne Bordeu with whom he had three children, Augustina, Francisco, and Gimena. In 1991, the couple divorced. In 1994, he married Isabel Menditeguy, but they separated in 1997. He is currently married to Juliana Awada who is a businesswoman. He married her in 2011. They live at Quinta de Olivos.