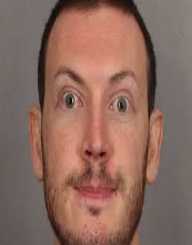 James Holmes was born on December 13th, 1987. He is an American mass murderer born in San Diego, California and most notably convicted for the murder of 12 people in the Aurora shooting of July 20th, 2012. Consequently, the court charged and found Holmes guilty of a total of 24 counts of first-degree murder.

James Holmes was born on December 13th, 1987. Raised and attended elementary school in Oak Hills, California. Holmes is the son of a successful scientist father and a mother who is a registered nurse. He has only one sister.

Holmes social life began to deteriorate when he moved from home at the age of twelve. At this time, he had moved to San Diego to study at Westview High School where he graduated in 2006. While in school, Holmes engaged in playing soccer and participated in cross-country races.

According to him, in his childhood, he got scared of "Nail Ghosts" and would also see shadows and "flickers" in his eyes. His depression worsened. As a result, he went to see a psychiatrist, Lynne Fenton for assistance.

James Holmes graduated from Westview High School in 2006. In 2010, he joined the University of California, Riverside, (UCR) with an undergraduate degree in neuroscience. He had attained the highest honors.

He was also part of many honor societies including Phi Beta Kappa and Golden Key. Described as "a very effective group leader," Holmes emerged in the top 1% of his class with a 3.949 GPA.

In 2011, he enrolled at the University of Colorado Anschutz Medical Campus, Aurora as a Ph.D. student in neuroscience. A year later, Holmes withdrew from studies after he failed an oral exam at the university.

In 2006, James Holmes kicked off his career working as an intern at Salk Institute for Biological Services. Here, he wrote computer codes for an experiment. His supervisor described him as stubborn and socially unstable.

In 2008, He worked at a residential camp as a counselor in Glendale, California. The camp took care of children aged 7 to 14. Holmes had ten children assigned to him, and none of them exhibited any disciplinary problems.

He later secured employment at a pharmaceutical factory in San Diego County. Here, one of his colleagues mentioned that Holmes acted strangely in the laboratory. He verbally responded to a wall and smirked when his colleague attempted to check on him.

The Aurora shooting took place at a movie theater in Aurora, Colorado. On this day, police arrested 24-year-old James Holmes as a suspect in the shooting that left 12 people dead and 70 others injured. The film The Dark Night Rises (2012) premiered on this day.

Media reports stated that Holmes was near the scene after the incident. He was wearing body armor and had a gas mask. He also dyed his hair red.

After his arrest, Holmes was placed in confinement at Arapahoe Detention Center. He once attempted suicide at the facility by knocking his head against the wall.

James Holmes made a first court appearance on July 23rd, 2012. In his first trial, he said nothing nor looked up at the judge. On July 30th, 2012, 24 counts of first-degree murder and 116 counts of attempted murder charges were filed against him.

His lawyers later defended him and claimed Holmes had mental problems. On September 9th, ten new charges were added against him and another 17 amended. The additional charges meant that he now faced a total of 152 counts.

On August 7th, 2015 after 12 hours of court deliberation and 11-week trial, James Holmes was finally sentenced to life in prison without the possibility of parole.