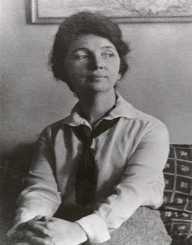 Margaret Sanger was born Margaret Louise Higgins. She was born into a large family Irish-American family on the 14 September 1879. Her parents were Michael and Anne Purcell Higgins. By trade, her father was a stonecutter who specialized in gravestones and angels. He was an atheist as well as a radical thinker who influenced his daughter. As one of eleven children, she observed the effects that multiple pregnancies and miscarriages had on her mother’s health. After being semi-bedridden for ten years, her mother died in her late forties.

After an altercation with a teacher at her school, Margaret Sanger enrolled at Claverack College and Hudson River Institute in 1896. Two of her older sisters helped pay her school fees. Initially, she applied elsewhere to be trained as an actress but was horrified when she had to give her leg measurements and withdrew the application. She turned to medicine. Initially, she wanted to study to be a doctor, but family funds did not permit this. Instead, she was trained as a nurse at White Plains Hospital.

Margaret Sanger worked as a visiting nurse in New York and saw the effects of illegal abortions, especially in poorer tenement neighborhoods where the women had few resources. It was around this time that her ideas relating to birth control formed. Around 1912, she wrote a column entitled What Every Mother Should Know (1911-12) and What Every Girl Should Know (1912-1913). These writings were very popular and remained in use until 1980.

Margaret strongly believed that motherhood should be a choice for a woman, not an obligation nor a mistake. By 1914, Sanger was finding her voice and started a magazine The Woman Rebel. This monthly publication was considered obscene and immoral by the standards of the day. The Comstock Act of 1873 was specific about the illegality of publications relating to abortion and contraception.

Sanger was faced with a possible jail term and fled England to build up her defense. In England, she found mentors, was introduced to the free-thinking Fabians and discovered the work of Friedrich Wilhelm Nietzsche.

Margaret Sanger returned to the USA in 1915. Believing in confrontational direct action, in 1916, she opened the first birth control clinic in the USA. Shortly afterward the clinic was raided, and she was charged. Sanger spent a month in jail for violating the Comstock Law. She appealed her conviction. The outcome of the appeal meant that doctors were allowed to prescribe contraception for medical reasons. This success inspired Sanger who started a new publication, The Birth Control Review.

Sanger established the American Birth Control League in 1921, serving as its president for seven years. In 1923, she opened the Birth Control Clinical Research Bureau, the first birth control clinic in the USA. In 1929, Sanger instituted the National Committee on Federal Legislation for Birth Control. The purpose of this committee was to legalize medical doctors to distribute birth control. In 1938, the US Court of Appeals decided that it would be legal to import birth control devices.

Margaret Sanger was tireless in her efforts. In 1952, she established the International Planned Parenthood Federation. She was always interested in a medical solution to birth control. In the 1950s, she employed a human reproduction expert to delve into the issue. This research effort produced the first birth control pill. In 1960, the US Food and Drug Administration approved Enovid.

Margaret Sanger was instrumental in bringing public awareness to the problem of unwanted, multiple pregnancies. She coined the term birth control. She organized the American Birth Control League. She started and edited the magazine Birth Control Review. She also carried out a seven-year campaign in Washington to overturn the Comstock Law of 1873.

Margaret Sanger’s first marriage was to William Sanger. William was an architect and artist. His radical political views influenced Sanger. Initially, they lived in suburban Yonkers and Hastings-on-Hudson. They had three children. Then in 1910, they moved to Greenwich Village NYC. They mixed with radical thinkers of the day.

Sanger became interested in the trade union movement and direct action. They marched in the 1913 Paterson Strike Pageant. William Sanger was dissatisfied with architecture and wanted to study art in Paris. The family visited Paris in 1913.

Sanger used this time to study birth control in France. After a year, Margaret and the three children returned to the USA. William Sanger stayed behind, and their marriage was effectively over.

Margaret Sanger was born into a Roman Catholic family. Her father eventually became an atheist.

In her later years, Margaret Sanger traveled the world including Japan and going to India to meet Gandhi. By this stage, she had many influential friends and associates who used to visit her in her retirement. She spent her final years living close to her son Stuart Sanger and his family in Tucson, Arizona.

Margaret Sanger was at times associated with eugenics, which advocates selective mating. She also had strong ideas about the sterilization of the mentally impaired.