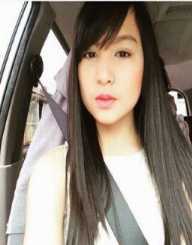 Emily Jade was born on April 19, 2001, in London, England. She also has a younger sister named Ruby.

Emily Jade opened her first Youtube channel, simply named after herself, as a preteen. She later posted her first YouTube video in early 2014. The video was titled, How I Edit My Instagram Photos. She was about 13 years old when she started to post videos, so many of them were the type of thing that a person would expect kids to post online. Emily Jade had many videos of herself playing with dolls and making short movies with them. However, these videos were not very popular, outside of small children watching them, anyway.

Emily Jade’s Youtube videos began getting popular when Emily Jade started to post make-up tutorial videos in the early part of 2014. Some of her videos included her morning routine, and how she would do her make-up for that day. Her videos appealed to young teenagers the most, in part because she was a young teenager and because she was easy to relate to. Many of her tutorials are simple and easy to follow along with, which is great for beginners to watch.

Outside of her make-up and other beauty tutorial videos, she also loves to post videos of herself having fun with her sister or with her friends. Emily Jade is also famous for her taste-testing videos as well as her fashion videos. Some of her vlogs and other videos even have more than a million views! Overall, she currently has almost 200,000 subscribers on YouTube.

Emily Jade has made a name for herself on Youtube, and she has even been invited to perform on other Youtube channels, including the Seven Super Girls channel, which has seven girls who post YouTube videos every day of the week to reach out to their mostly teenage girl fans.

YouTube is Emily Jade’s favorite social media platform, but that doesn’t mean that she doesn’t have fun on other websites as well. She is also fairly famous on the app/website Instagram. Her name is Emily.Jxde. On her Instagram, she posts both pictures and videos of herself. She has over 200,000 followers on the site.

Emily Jade also has her own Twitter page, which she started in late 2014. This is one of the least popular of her social media profiles, even though she uses it often. She has almost 400 Tweets on the site so far and has almost 10,000 followers.

Emily Jade loves to have fun on the Internet, but she knows that spending time focusing on other things is important, too. For one, she always puts school first. She studies hard and does her best to get good grades, and she encourages her fans to do the same. Emily Jade also loves to act and write, which she often does. She had some hobbies that keep her away from the computer and close to friends. All in all, she has a well-rounded life for a teenager born in the 21st century.