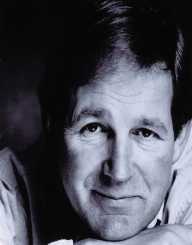 Michael Morpurgo is a UK native who knows how to interact with Youngsters through writing. In short, he is a remarkable children’s author. Some of his notable books include The Lion Butterfly, Private Peaceful, and War Horse. Michael loves children to the core, and that is what he has been doing since his teenage years. He likes to narrate short stories as well as writing fiction tales. He was first inspired by Ted Hughes and with his direction; he has grown to be a remarkable writer. Michael cemented the 3rd British list under Children’s Laureate honor in the UK. His style of writing decorates the rural life than the urban style of living.

Michael Morpurgo will celebrate his 74th birthday on fifth October this year. He was first seen in the world on October 5, 1943, in St Albans, London, United Kingdom. His biological father, Tony Van Bridge served in the military during the World War II. It took over a decade for Michael to know his protective father. His long absence made his mother, Kipper Cammaerts to marry Jack Morpurgo. It is here where he adopted his last name. Michael lived with his elder brother called Pieter Morpurgo and Tony’s children. He joined The Kings School after receiving his childhood education from different locations. After Kings School, he went to Royal Military Academy Sandhurst.

After graduation, Michael served as a primary teacher where he used to narrate comic stories. This made him realize his hidden talent where he turned to become a remarkable author. He came to publish It Never Rained book in 1974. He then wrote four books that titled Thatcher Jones, The StoryTeller, Living Poets and Long Way from Home.
Michael loved a country theme kind of life. In that case, he and his wife Clare established a countryside Farm called City Children charity. It is here that he taught children the greener lifestyle. The little organization managed to institute other branches in Devon, Wales, and Gloucestershire. He, Ted Hughes and Anthony Brown launched the Children’s Laureate in the UK.

From 1977 to 1979 Morpurgo published books such as Do All You Dare, Friend or Foe, All around the Year, Love at First Sight, and The Ghost-Fish among others. From 1980 to 1985 he wrote children’s books such as The Marble Crusher and Other Stories, War House, Little Foxes and Words of Songs. From 1986 to 1990 he wrote and published King of the Cloud Forest, My Friend Walter, Why the Whales Came and Waiting for Anya.

From 1995 to 2000 Michael wrote books such as Mum’s the World, The Wreck of the Zanzibar, The Butterfly Lion, and Farm Boy among others. He followed them up with incredible stories including Alone on a Wilde, Wide Sea, Beauty and the Beast, Private Peaceful; Listen to The Moon and Homecoming

Michael style of writing was recognized by several institutions such as University of London, Northampton and Kings College. He is the leading chair of Book Trust and Children’s University. He received Whitbread Children’s Book Award as well as Nestle Smarties Book Prize. The Last Wolf book garnered him with a Bronze Award in 2002.Michael was selected as the Children’s Laureate in 2003.

Michael Morpurgo married Clare in 1976. The couple was blessed with three children: Sebastian, Rosalind, and Horatio. Clare and Michael were formalized into the Order of the British Empire in 1999. This was in regards to their charity foundation. Michael’s has more than one biography that is written by several authors. This includes Dear Mr. Morpingo, All about Michael Morpurgo along with others.