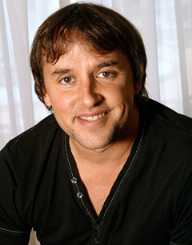 Richard Linklater is an American actor and filmmaker. Born on July 30, 1960, he known for making natural humanist and realistic films mostly themed around suburban culture. He has made several films including Slacker, 1990, Dazed and Confused, 1993, Before Sunrise, 1995, Waking Life, 2001, School of Rock, 2003, Before Sunset, 2004, A Scanner Darkly, 2006 and Before Midnight in 2013. Linklater gained critical acclaim for his film Boyhood, which he took 12 years to make as he started filming in 2002 and released in 2014. Boyhood won him a BAFTA for Best Director and Best Picture, Golden Globe and Critics’ Choice Movie Award. He also earned nominations for the Academy Award for Best Director, Best Picture, and Best Original Screenplay.

Richard Linklater was born on July 30, 1960, in Houston, Texas to Diane Margaret and Charles W. Linklater. His mother taught at Sam Huston State University. Linklater received education at Huntsville High School in Huntsville, Texas and continued at Bellaire High School, Bellaire, Texas. He won a Scholastic Art and Writing in his teenage. After high school, he enrolled at Sam Houston State University but later dropped out to work in an offshore oil rig in the Gulf of Mexico. Linklater developed an interest in film during his frequent visits to repertory theatre in Houston. This is when he realised his desire for filmmaking and wanted to pursue it as a career.

He was influenced by the likes of Martin Scorsese, Carl Theodor Dreyer, Josef Von Sternberg, and Rainer Werner Fassbinder among others. With this, he purchased a Super-8 camera, editing equipment and a projected and headed for Austin, Texas. While there, he studied film at Austin Community College in 1984. Alongside his collaborator Lee Daniel, Linklater founded the Austin Film Society in 1985.

Richard Linklater started his career in directing making short films as exercises and experiments in film techniques. His debut feature was It’s Impossible to Learn to Plow by Reading Books, which took a year for shooting and another for editing. He followed it with the low budget feature, Slacker, 1990, made with a budget $23,000 and grossed more than $1.25 million. His next film was Dazed and Confused, which was set on his life and people he encountered during his schooling years at Huntsville High School. The film grossed 8 million in the United States and became a hit on VHS earning critical acclaims.

In 1993, he directed Before Sunrise, which won Silver Bear for Best Director at the 45th Berlin International Film Festival in 1995. The following year, he madeSubUrbia, but it could not leave up to expectation performing poorly at the box office. Linklater made a Hollywood feature debut with The Newtown Boys, which had mixed reviews.

Richard Linklater gained recognition for works like Walking Life, 2001, and the comedy films School of Rock and Bad News Bears. He collaborated with Rodney Rothman to write and edit the HBO pilot $5.15/hr, which was about minimum wage restaurant workers. The film Before Sunset earned him a nomination for an Academy Award for Best Adapted Screenplay in 2005. He followed it with Fast Food Nation, 2006, A Scanner Darkly, 2006, which was critically acclaimed and successful commercially. Linklater directed Boyhood released in 2014. The film took 12 years to film starting from 2002. Boyhood received good reviews and won a BAFTA for Best Director and Best Picture, Golden Globe and Critics’ Choice Movie Award. It was also earned nominations for the Academy Award for Best Director, Best Picture, and Best Original Screenplay.

He then worked on Everybody Wants Some!!, 2016, which was critically acclaimed by failed commercially. The film made with a budget of $10 million grossed just$4.6 million. Linklater remains in Austin, Texas despite his successes in film directing and working on some Hollywood films. He has refused to move to Hollywood or work there for a lengthy period. He also has very loyal actors who he has been working with including Julie Delpy, Jack Black, Patricia Arquette, Ethan Hawke, and Matthew McConaughey.

Aside from directing, Richard Linklater, is also an actor and has played roles in some of his films and others. In 1988, he played an uncredited role in his It’s Impossible to Learn to Plow by Reading Books, he then appeared in Slacker 1990, and in The Underneath, 1995 as Ember Doorman. In 1996, he appeared in Beavis and Butthead Do America, Walking Life, 2001, The Hottest State 2006 and played Principal Mallard in RSO (Registered Sex Offender) in 2008 among others.

Richard Linklater is married to  Christina Harrison. The couple have a daughter actress Lorelai Linklater.