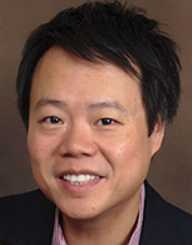 Victor Peter Chang was the pioneer of the modern heart transplant. Chang was a Chinese-Australian cardiac surgeon who is credited with the innovation that led to the production of artificial heart valves. He was instrumental in positively changing the cardiac treatment. Victor Peter Chang was born in Shanghai and grew up in Hong Kong before he moved to Australia. Chang's mother died and left Chang and his sister under the care of their father. The death of Chang's mother from a breast cancer catalyzed his desire to work hard and become a medical doctor. His passion drove him to work hard until he graduated with honors in Bachelor of Medicine.

Victor Peter Chang got an internship opportunity under Dr. Mark Shanahan and later was employed later at St Vincent Hospital where he polished his skills under the guidance of Dr. Harry Windsor. Chang grew in the career and made a tremendous transformation in heart transplantation. He was shot dead in a failed extortion attempt against him.

Victor Peter Chang was born in Shanghai on November 26, 1936, to Australia-Chinese parents. He grew up in Hong Kong. Chang's mother died of breast cancer while he was still young. As a result, his father, Aubrey, sent him, together with his sister, to Sydney, Australia to live with the extended family.

The desire to become a medical doctor started while Chang was a young boy. The death of his mother further fueled the passion. He was a smart boy who performed excellently in school

Victor Peter Chang attended primary level of education in Kowloon Tong. Afterwards, he was enrolled at St Paul's College where he spent two years. Chang attended Belmore Boys' High School in Belmore. He later joined Christian Brother's High School in Lewisham where he completed his secondary education. Chang acceded to the University of Sydney for his higher education. In 1962, Chang graduated from the University with a Bachelor of Medical Science and a Bachelor of Medicine and Bachelor of Surgery. He was awarded a First Class Honours. Chang earned an internship and later a job at St Vincent Hospital.

In 1966Victor Peter Chang joined the Fellow of the Royal College of Surgeons. He trained in cardiothoracic surgery at the Royal Brompton Hospital. Afterwards, Victor Peter Chang went for further studies as a surgeon in the United States and the United Kingdom before he returned to Australia and aided in the establishment of National Cardiac Transplant Unit.

Immediately after graduating from the University, Victor Peter Chang got an internship position at St Vincents Hospital. After the internship, Victor was offered a job in the hospital. Dr. Mark Shanahan, a cardiac surgeon at the hospital, sent him to a British surgeon, Aubrey York Mason, for further training in London. In 1968, Victor Peter Chang worked closely with Dr. Harry Windsor, the surgeon who carried out Australia's first heart transplant, from whom he gained a lot of knowledge on heart functioning and conditions affecting the proper functioning of the heart. Chang became chief resident in the United States' Mayo Clinic. He returned to Australia in 1972 where he became a consultant cardiothoracic surgeon.

Noting the success and the desire to have successful heart transplants in Australia, Victor Peter Chang vigorously engaged the stakeholders and lobbied the businessmen and politicians to contribute resources toward the establishment of a heart transplant program at St Vincent Hospital. The first breakthrough came on 8 April 1984, when Victor Peter Chang led a team of doctors to operate on a 14-year old girl, Fiona Coote, who became Australia's youngest heart transplant patient. Chang established a Heart and Lung Transplant Unit at St Vincent Hospital which performed more than 197 heart transplants and fourteen heart-lung transplants between 1982 and 1985. The unit achieved a phenomenal success rate of above 90%. This survival rate after the surgery was a record.

In 1986, Victor Peter Chang was honored with an appointment as a Companion of the Order of Australia "in recognition of service to international relations between Australia and China and to medical science." Chang observed that there was an acute shortage of organ donors in Australia.Chang thought on the way forward and mobilized results.Chang then gathered highly experienced team of medical scientists and engineers from all over the world.Chang intended to develop an artificial heart. The team worked from three locations, Singapore, Guangzhou, and Sydney. They tirelessly researched and finally made a mechanical and tissue heart valve that was named "St Vincent's Heart Valves. The success was celebrated all over the world, and the valves were widely applied in Asia. The team continued with the effort to make an artificial heart. A significant stage was reached until Chang died. The death of Chang negatively affected the research, and the project stopped.

Victor Peter Chang's work in the field of medicine is immense. Chang lobbied for funds that led to the construction of a Heart and Lung Unit at St Vincent Hospital. The unit did more than 200 surgeries in five years with an impressive 90% success rate. Chang gathered a team of professionals that helped in research and development of an artificial valve named St Vincent Hospital Valves. This helped a lot of patients and worked towards resolving the shortage of organ donors.

St Vincent Hospital honored Victor Peter Chang in 2008 by constructing a building in the hospital and naming it the "Victor Chang Lowy Packer Building." Victor Peter Chang was named the person of the decade 1979-1989 by an article in the Time Magazine known as "A Golden Anniversary."