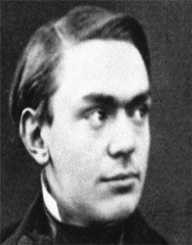 Lord of Dynamite and a backer of peace, Alfred Nobel was a noble philanthropist, industrialist, and inventor. Throughout his life, he relied on three major industries: writing and publishing, business and industry plus technology and engineering.

Holding over 300 inventions, he’s best known for discovering dynamite. Before his death, he wrote a will that his wealth should be granted to those who promote peace as well as several accomplishments in different fields.

Alfred Bernhard Nobel was born on October 21, 1833, in Stockholm, Sweden. He was born to Immanuel Nobel and Andriette Ahlsell. He was named after Alfred’s father who also majored in inventions and engineering. Alfred was an eighth child of his parents. He was glad to have survived to adulthood together with three of his siblings.

Nobel’s father worked tirelessly to feed his vast family. Later he opened explosive and tools shop that turned him into a tycoon. Alfred was lucky since his father hired private academic instructors and he was glad that he didn’t disappoint. Throughout his studies, he loved to major in chemistry and languages such as French, German, Russian and English.

With his father as an affluent man, Alfred used his resources admirably. He traveled to Paris in 1850 to further his chemistry studies. After seven years, he applied for his first invention license which he wanted to work on a gas meter.

After the completion of his studies, Alfred Nobel did not waste any time. Glad he knew what he wanted from the start. In that note, he got a chance to work at his father’s explosives and tools shop. Little did his father know that he was up and running trying to invent and discover the undiscovered motives.

Lord of Dynamite first started to experiment explosive with a flammable liquid, nitroglycerine. His first experiment went down the drain when five people and among them brother, Emil died. It was here that he opted to discover a safer explosive than glyceryl.

After some time he discovered that nitroglycerin and another porous substance rhymed perfectly. The new substance got its name- Dynamite which was legally given a trademark in 1867. It became the top substance in the mining industry not only locally but globally as well. It was his first successful invention.

In 1876 Alfred Nobel continued with his discovery and later on another compound was born. It was called Gelignite that was even stronger than dynamite itself. The substance was then used for mining. Wealth and affluence became part of his life, and there was nothing else left than upgrading.

In 1887 another mixture was discovered, which he named as ballistite. The following year his friend and brother, Ludwig breathed his last. Unfortunately, the magazine covers thought it was Alfred himself. He read loads of covers, and all he could see was a huge bold title written “Merchant of Death is dead’. The label itself made Alfred change his ways and claim a more applauding reputation. This is what led him to leave a huge sum of money for peace as well as modeling of Nobel prizes.

Alfred Nobel's personal life was unpredictable. After all the wealth that he acquired, he was never into a serious relationship. He first fell in love with Alexandra, but his proposal was declined. He then dated his secretary Bertha, but they remained as close friends till her death.

He then fell in love with Sofia Hess, a close relationship that lasted for eighteen years. Alfred never tied a knot nor had his children. Sources say that he loved his own company but suffered from depression.

His fondness for languages lured him to write poetry at his teenage life. His ambition for explosives made his health to deteriorate. On December 10, 1896, he succumbed due to stroke.