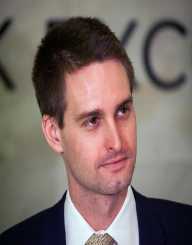 Garret Camp was born on October 4, 1978. He is a Canadian Entrepreneur. He is a co-founder of StumbleUpon and Uber. He is also an innovator who is also driven by the motivation of founding more companies in the future. He believes in taking risks to grow as a businessman. He has currently formed Expa which is a platform for future companies. He is considered to be one of the best technology innovators in the World.

Garret Camp was born on October 4, 1978, in Calgary, Alberta, Canada. He was born to a father who was an economist and a mother who was an artist. Later his parents formed a design team who built and designed houses. He followed in the footsteps of his parents to become an entrepreneur. After graduating High School, he joined the University of Calgary in 1996. He joined the University to earn a degree in electrical engineering. He moved to Montreal after his junior year for an internship. The internship was at Nortel Networks where he worked on speech recognition technology. He also took courses at the Concordia University. In 2000, he returned to the University of Calgary to complete his degree. He later began working on his Masters in Software Engineering.

An idea came to Garret Camp to open his own business while he was still a student at the University. He teamed up with his friends, Geoff Smith, Justin LaFrance and Eric Boyd to peruse and suggest different business ideas. They decided on creating a discovery engine. In 2002, StumbleUpon, the discovery engine was launched, and at this time Garret was still at the university. The company became successful and became famous drawing the attention of Silicon Valley Angel investors. In 2007, StumbleUpon was sold to eBay for $75 million.

In 2009, Garret Camp and his friends, however, repurchased it. In 2009, Garret launched another innovative business in collaboration with Travis Kalanick. The two collaborated and came up with Uber which is an on-demand car service available via a mobile application. In 2010, the company had raised $1.25 million which was additional funding to the $200,000 that they had received in seed funding. The business was founded in San Francisco but by 2011 it had reached Chicago, Washington DC and New York. By 2012, Uber had expanded internationally, and now it is being used all over the world. In 2013, Garret founded Expa which is a start-up studio that works with founders to ensure their start-ups are successful.

In 2008, Garret Camp was named by Bloomberg Business Week as one of Tech’s Best Young Entrepreneurs. In 2013, Garret was honoured at the 2013 Tribeca Disruptive Innovation Awards for his accomplishments at Uber and StumbleUpon.

Garret Camp is thirty eight years old. He is not yet married. He has a net worth or an estimated wealth of $5.3 billion. He is among the world’s most popular innovators. His creations have brought a lot of change and progress in the world.