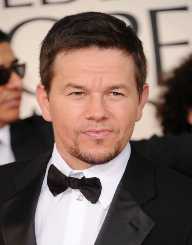 American actor, producer and rapper Mark Robert Michael Wahlberg was born on June 5, 1971 in Dorchester, Boston. He is the youngest of nine children in the family. His mother was a bank clerk and nurse’s aide, and his father was a delivery driver. In 1982, his parents divorced and Wahlberg divided his time living with both. He was raised as Catholic and attended Copley Square High School on Newbury Street. He never graduated the school, but he received his high school diploma in 2013.

When Mark Wahlberg was 13 years old, he developed an addiction to cocaine and other drugs. Two years later, a civil action was filed against him for harassing African-American children on two separate occasions. He was throwing rocks and shouting racial slurs against them.

At 16, he attacked a middle-aged Vietnamese man with a wooden stick and knocked him unconscious, and later that day attacked another Vietnamese man. He was arrested later that day, and was charged with attempted murder. He pledged guilty to assault and was sentenced for two years in Suffolk County Deer Island House of Correction. He served one year and 45 days of his sentence and carries a permanent criminal record.

After the prison, Wahlberg decide to improve his behavior and sought guidance from a priest. His brothers and sisters had also been in jail on various occasions.

Mark Wahlberg started with his music career in his brother’s band New Kids on the Block. He is one of the group’s original members. He joined the group when he was 13, but left after three months. In 1990, Wahlberg started his own group Marky Mark and the funky Bunch. The band released a hit song Good Vibrations from their debut album Music For the People, which gained a lot of success. The album later reached No.1 on the Billboard Hot 100 and eventually became certified as platinum. Wahlberg and his group opened for the New Kids on the Block on their last tour.

The group’s next album was not as successful. Wahlberg moved on to collaborate with reggae singer Prince Ital Joe on the album Life in the Streets. The album was a success, having a few number one singles. In 1995, they released another album The Remix Album, featuring remixes from the previous.

Mark Wahlberg’s film debut was in the TV film The Substitute. His big break as an actor came the following year, when he starred in the Renaissance Man along with Danny DeVito. He also appeared in the hit movie The Basketball Diaries with Leonardo DiCaprio, in 1995.

He received a lot of positive reviews for his roles in Boogie Nights, The Perfect Storm and Planet of the Apes. Wahlberg was originally intended to play Linus Caldwell in Ocean’s Eleven, and Ennis Del Mar in Brokeback Mountain, but the roles went to other actors.

Mark Wahlberg was the executive producer for the HBO series Entourage. The show was partially based on his experiences in Hollywood. He was also the producer of reality show Breaking Boston.

Mark’s role in the Martin Scorsese’s film The Departed, Wahlberg was nominated for a Golden Globe and Academy Award.

Mark Wahlberg is involved with the Barbados Tridents cricket franchise. He is also the co-owner of Wahlburgers, a restaurant franchise, which he owns together with his brothers Donnie and Paul.

He has also modeled for Calvin Klein underwear in photo shoots and TV advertisements. He has also been featured together with Kate Moss. Wahlberg also made a fitness video The Marky Mark Workout: For, Focus, Fitness. He launched his sports nutrition supplement line Marked in 2012.

Mark Wahlberg is married to model Rhea Durham since 2009, but the couple has been in a relationship since 2001. They have four children: two daughters and two sons.

Wahlberg was scheduled to fly in the American Airlines Flight 11 on September 11, 2001, but he cancelled his plans the day before.

He supports the Democratic party and was a supporter of Obama in his 2012 re-election campaign. He is also a committed Catholic, and openly supports same-sex marriage. Mark Wahlberg has stated that he regrets taking the role in the movie Ted and has apologized to the Pope for the jokes he made in the movie.