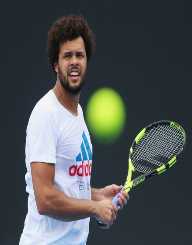 Jo-Wilfried Tsonga is a French professional tennis player. Born on April 17, 1985, he ranked world No. 5 in February 2012, his career-high singles ranking. A member of the Tennis Club de Paris (TCP), he won the ATP Newcomer of the Year in 2007. Tsonga rose to fame with his outstanding performance in the 2008 Australian Open. He reached the finals of the event by beating then No. 2 seeded Rafael Nadal in the semi-finals. However, he lost in the final to No. 3-seeded Novak Djokovic. Overcoming his defeat, Tsonga exhibited an impressive performance at the 2008 Paris Masters, to win his first ATP Masters Series.

At the 2014 Canadian Open, Tsonga defeated four top ten players on his way to winning his second ATP. He beat Andy Murray, Djokovic, and Roger Federer in that tournament, making his the first player to achieve that feat.

Jo-Wilfried Tsonga was born on April 17, 1985, in Le Mans. His father, Didier Tsonga, is a Congolese and his mother Évelyne Tsonga a French. His father was a handball player. Tsonga earned the nickname “Ali” for his semblance to boxing great Mohammed Ali. He has a younger brother Enzo, who is a basketball player. His elder sister is called Sasha. Growing up, Tsonga gained an interest in tennis. Playing as a junior, he defeated Marcos Baghdatis to win the US Open boys' singles title in 2003. That year, he earned his career-high boys' singles ranking of world No. 2.

Jo-Wilfried Tsonga and Noura El Shwekh started dating since 2014. On March 17, 2017, the couple welcomed their first child Sugar. On July 23, 2018, photos of the couple marriage ceremony started popping up on Tsonga's Twitter account. He captioned it “We are family.”

Following a successful junior career, Tsonga launched a pro career in 2004. He then proceeded to the 2004 China Open winning three singles qualifying matches. This propelled him to his debut singles main draw of an ATP Tour tournament. In the first round, he defeated then top-seeded Carlos Moya. He however lost in the second round to Lee Hyung-taik.

Tsonga won four Challenger titles in Surbiton, Lanzarote, Mexico City, and Tallahassee in 2007. The 2008 season was a great one for Tsonga, during which he caused one of the greatest upset in the game. He lost in the semi-finals to Jarkko Nieminen in the 2008 Next Generation Adelaide Hewitt. During the 2008 Australian Open he defeated then ninth seed Andy Murray in the first-round match. He went on to beat the likes of Sam Warburg, Mikhail Youzhny, Richard Gasquet, and Guillermo Garcia-Lopez. At the semi-finals, Tsonga shocked the world by defeating second seed Rafael Nadal in straight sets. The victory gained him a spot in the final, which was his first Gram Slam final. However, during the final, world No. 3 seeded Novak Djokovic defeated Tsonga in four sets. After the tournament, his ranking climbed to No. 18.

Following the tournament, he entered the Paris Masters to win it. This sent him into the Top 10.

Tsonga has faced all the top four seeds in tennis. During the 2011 Wimbledon, he met and defeated tennis great Roger Federer in the quarterfinals. He also defeated him in the 2013 French Open. During the 2014 Canadian Open, he defeated Andy Murray, Djokovic, and Roger Federer on his way to winning his second Masters title. The following year, he reached the semi-finals of the French Open, losing to Stan Wawrinka.