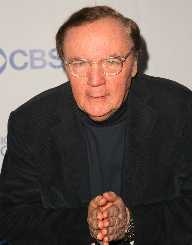 James Brendan Patterson, American romance, fiction, thriller and comedy writer, was born on March 22, 1947, in New York. His mother Isabelle was a homemaker and a teacher, and his father, Charles was an insurance broker. When he was nineteen years old, Patterson started to write casually.

After finishing his Master’s program at Vanderbilt University, Patterson was a candidate for Ph.D. At the time, he was interested in becoming a writer and knew that if he became a professor, he would not have enough time to write. Patterson dropped out of studies and took a job as a junior copywriter in J. Walter Thompson advertising company. He later became the CEO of the North American division.

In 1976, while still working in advertising, Patterson wrote his first novel The Thomas Berryman Number. He published the book with Little, Brown, and Company, after being turned down by 31 other publishers. The story later won the Edgar Award for Best First Novel.

After his first success, James Patterson continued writing in his spare time. His breakthrough came in 1993, with the book Along Came a Spider. Patterson himself organized a TV ad campaign for the novel, which led it to be a best seller. The protagonist of Spider is detective Alex Cross, which has been portrayed by Morgan Freeman and Tyler Perry in the book’s movie adaptation. In 1996, he finally left J. Walter Thompson to focus on his writing.

Since his first novel, James Patterson has published 147 novels. 114 of them have become the New York Times bestsellers. His books have sold in more than 305 million copies worldwide.

Patterson has written multiple book series. In the New York Times bestseller list, he has had No.1 books in both adult and children section. One of his most famous series is Women’s Murder Club, which has also been adapted in TV series. He also writes romance, science-fiction and non-fiction books.

Patterson has also appeared in some TV projects. He has starred in several episodes of Castle as himself, as well as performed in The Simpsons.

James Patterson has worked with many co-authors, like Maxine Paetro, Mark Sullivan, Michael Ledwidge and others. He believes that partnership can bring many new ideas to the books. He has also often been criticized for co-writing books. His criticism believes that this style of writing mostly focuses on earning money, not creating art.

In 2009, he signed an 11-book co-writing deal for adults and six books for young adults. The deal was rumored to be worth $150 million, although the author himself never approved this rumor.

James Patterson has done a lot of charity work. He has donated more than a million books to students and school programs with lack of finances. He recently gave $26 million to University of Wisconsin, Vanderbilt University, and Manhattan College. He has also established Teacher Education Scholarships. He recently donated 1,75 million dollars to school libraries in the U.S. and had given over 650, 000 books to U.S. soldiers.

James Patterson holds the record for No.1 New York Times bestsellers with 67 novels. This count is also a Guinness World Record.