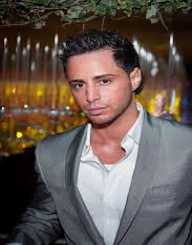 The reality TV personality, Frank Gotti Agnello, is the grandson of the famous mafia John Gotti. He featured in the reality show Growing Up Gotti. The show gained popularity since the public wanted to catch a glimpse of the infamous family.

Many refer to him as Gentle Giant. Frank Gotti Agnello was born in Long Island on 12th April 1990. He is the last born son of Carmine Agnello and Victoria Gotti. He is the grandson of John Gotti, the leader of the Gambino, crime family.

Growing Up Gotti was a reality television show that aired between 2004 and 2005. The play showed the lifestyle of the infamous Gotti family.

During its debut season, the show had 3.2 million viewers. It featured Victoria Gotti and her three sons. The mother of three tried to balance her personal life and her career.

The reality show portrayed Victoria as a devoted mother who is forced to cope with his two sons who were in frequent disagreement. Frank and one of his brothers often fought over family issues.

At an early age, Frank Gotti Agnello battled with a weight problem. During his time in school, his friends made fun of his weight. At home, his brothers never spared him; they also made fun of him.

In a book he published in 2005, he narrates the journey towards losing 80 pounds- the title of the book The Gotti Diet. He describes all his weight experiences in the book.

Frank Gotti Agnello went on to appear in But Can They Sing? After the end of the family reality show. His brother was more involved in the show, and Frank only appeared in the final episode.

Frank was put behind bars in 2006 for illegal drug charges. Morphine pills, OxyContin and marijuana, were found in his car. The costs included driving without a driving license.

Frank and his brother own an auto part shop. The shop was a subject of investigation in 2016.