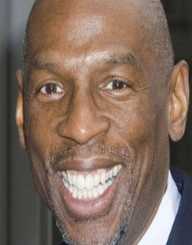 Geoffrey Canada is an American educator and children’s activist who is the main brainchild behind Harlem Children's Zone (HCZ), a non-profit organization dedicated to catering to the academic and educational development of underprivileged children in Harlem, New York. Canada’s primary target is to instill a culture of values among children thereby curbing the negative influences of drugs, violence, and crime and preparing them for higher education and jobs.

Geoffrey Canada was born on January 13, 1952, in South Bronx. He had a stormy childhood. Canada’s parents separated when he was a child and he and his siblings were raised by his mother. His father was a victim of the evils of alcoholism and completely abandoned his family. Canada grew up in a notorious neighbourhood amidst crime and violence. Poverty-stricken and hapless,

Canada’s mother struggled to provide for the family alone. But that didn’t stop her from teaching strong values in her sons. Canada was eventually sent to Wyandanch to live with his grandparents. He enrolled at Wyandanch Memorial High School and got a scholarship to complete his BA in psychology and sociology from Bowdoin College. He went on to complete his masters from Harvard Graduate School of Education.

Geoffrey Canada own turbulent childhood had an everlasting impact on him. After completing his masters, he dedicated his whole life to kind acts of nurturing destitute children for the betterment of their future. Canada initially joined the Robert White School which dealt with unruly adolescents. He became the director there subsequently.

In 1983, Canada became the program director of the Truancy Prevention Program of Rheedlen Centers for Children and Families, whose primary area was to focus on abused children between five to twelve years old. At Rheedlen, Canada instituted a martial arts school, the Chang Moo Kwon Tai Kwon Do Club.

In 1995, Canada penned his first book Fist Stick Knife Gun: A Personal History of Violence in America, which enumerated steps and necessary actions to eradicate violence from the society based on his own experiences of encountering violence at an early age. He eventually became President of Rheedlen in 1990 and renamed it as Harlem Children’s Zone.

The martial arts school paved the way for Harlem Peacemakers Program. Geoffrey Canada was a visionary, and he expanded the centre to serve the 97-block area of Harlem, catering to the needs of deprived and needy children. In 1998, Canada’s second book Reaching Up For Manhood: Transforming the Lives of Boys in America was published.

Such a successful set-up was bound to attract the attention of many. In 2009, the then US President Barack Obama expressed his admiration for the HCZ centre and declared plans to replicate the model in 20 other nations across States. The print and electronic media including New York Times Magazine covered Canada’s accomplishments extensively leading to him featuring in many big television talk shows like 60 minutes, The Oprah Winfrey Show and Late Night with Jimmy Fallon, etc.

In 2006, Geoffrey Canada was offered by the then New York City’s Mayor Michael Bloomberg to serve as the joint chairman of the Commission on Economic Opportunity. In 2011, he joined the New York State Governor’s Council of Economic and Fiscal Advisors. Canada remained CEO of Harlem Children's Zone until 2014. He remains the President of HCZ and Promise Academy Boards.

Michelle Obama has referred to Geoffrey Canada as “one of my heroes.” Canada has won numerous Doctor of Humane Letters from many top-notch colleges and universities. He was also the recipient of the first Heinz Award in the Human Condition category in 1995. He won the ‘Local Hero’ Award at BET Awards in 2010 and National Jefferson Award for Outstanding Public Service Benefiting the Disadvantaged in 2007.

In 2011, Canada was inducted into the TIME 100 list of most influential people in the world. Three years later, he was named one of Fortune’s 50 most celebrated leaders in the world.