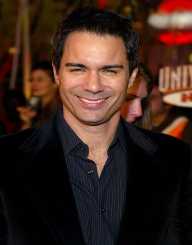 Eric McCormack was born on April 18th, in 1963. He is a celebrated Canadian-American actor who earned high acclaim for playing the role of Will Truman in Will & Grace, an American sitcom. He also earned a name for himself after playing one of the lead roles in Perception.

Eric James McCormack was born on April 18th, 1963. His place of birth was in Toronto, Ontario, Canada. His mother, Doris, worked as a homemaker. On the other hand, his father Keith McCormack was a financial analyst for an oil company. Tragedy struck the family in 2008 after McCormack’s father passed away after a long fight with cancer.
Growing up, McCormack was a shy boy. This influenced his dislike to sports and other school outdoor activities. For his high school education, he joined Stephen Leacock Collegiate Institute located in Scarborough, Ontario. It was while pursuing his high school education that McCormack exploited his acting talent. Soon, he was enjoying the number of roles he was playing in productions such as Pippin and Godspell which were mainly tailored for high school audiences. This strongly motivated him to take his acting career seriously.

Later, McCormack went to Ryerson University theatre school where he polished his acting skills. Before his graduation in 1985, McCormack left the institution to take up a job opportunity at the Stratford Shakespeare Festival located in Stratford, Ontario. It took him up to five years performing while at the same place.

In 1986, McCormack featured for the first time in The Boys from Syracuse. After migrating to Los Angeles, California, he made his first appearance in the United States with Top Cops, a CBS crime series. This was in 1991, and a year later he made another appearance in The Lost World. Then, he played one of the lead roles in a sequel that followed The Lost World which was called Return to the Lost World. This film was released just a few months after the first film had been aired.

In 1993, things were not bad off as McCormack landed a recurring role in the Street Justice series. Months later, he featured in a Double, Double, Toil and Trouble.

Rise To Stardom: ‘Will & Grace’

In 1998, Eric McCormack took the limelight of his acting career with the role he played in the American sitcom dubbed Will & Grace. Here, he plays the lead role of a gay lawyer. This is one aspect of the film that initially made him hesitant about featuring in the show. This was because of his sexual orientation which made it a challenge to him to act as a gay individual.

Things turned out bright for him as McCormack starred alongside Debra Messing. As a result of his role in the show, he received some Academy Award nods and later bagged home an Emmy Award. The show, however, came to an end in 2006.

After completing his 8-season stint with Will & Grace McCormack featured in some shows such as Trust Me, The New Adventures of Old Christine and Perception. The latter also brought profound success to him as he played the role of a troubled neuropsychiatrist.

In 1997, Eric McCormack wedded Janet Holden. The two had crossed paths while at the Lonesome Dove’s set. In mind 2002, the lovebirds welcomed their firstborn son named Finnigan Holden McCormack. In 1999, McCormack earned his US citizenship which earned him dual citizenship status, i.e., one as a Canadian and the other as an American.