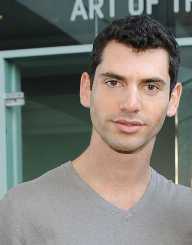 Yotam Solomon is a London Los Angeles, fashion designer. Yotam Solomon rose to fame when he became the youngest designer during the Los Angeles fashion week. Most of Solomon's work focuses on being fashion advanced while being keen on social awareness and other ecological issues. Yotom's designs are usually bold, comfortable and edgy, which involve the use of natural materials.

Due to the creativity and quality, it did not take long for Solomon to top the fashion world. Celebrities have worn some of his collections, for example, Kim Kardashian and Stacy Kiebler. Also, they have featured on various T.V shows, i.e. `Dancing with the stars.’

Yotam Solomon was born on 28th March 1987. Solomon is a second generation Israeli with his grandparents being Austrian and Hungarian immigrants after the World War II, relocating to Israel. Yotam Solomon was brought up in Israel and went to art school to attain education during his teen years. At the time, he liked playing Viola and relocated to Los Angeles with the intent of learning to play the instrument further.

Yotam Solomon then went to `Beverly Hills high school’ and graduated from `Santa Susana high school.’ Solomon was outstanding in his musical studies, and in 2005, he was awarded the `National orchestra award.‘ After completing high school studies, he then joined `FIDM for fashion Design’ where Solomon later graduated with an honors degree.

Yotam Solomon started his career by working as a pattern-maker in a men’s label company. During his work here, Solomon was inspired and motivated and began designing a personal label. Solomon's first presentation was in October 2007, which occurred at an LA fashion week event. There, Solomon presented his `Spring -summer 2008 ready to wear and footwear collection’. After the debut presentation, Yotam Solomon went on to present successfully at many fashion weeks in LA and New York. In July 2007, Solomon founded a personal label, whose motto was `Slip into the extraordinary.’ One of the objectives of the label is to uphold a healthy way of life and individual comfort while creating more awareness of ecological and social issues. To accomplish this objective, the line uses only natural materials that are not harmful to the environment,

As a result of Yotam Solomon's creativity and awareness for the environmental issues, he was in demand by companies, i.e., LG, Dasani among others felt the need to increase their environmental innovations and reputation. In May 2010, Solomon was employed by LG Electronics as their spokesman. Yotam partnered with spokeswoman Victoria Beckham, and they created a capsule line which was motivated by `LG Lotus Elite.’ The line was later presented during the `LG Fashion Touch event’ in West Hollywood. During the same year, `Women wear daily’ in association with Yotam launched a diffusion footwear line which was named `Yotam Solomon II.’ The 2010 collection of the line called `Native American collection,’ was presented during an event in the Hollywood hills. 2010 was quite a busy year for Solomon. Yotam Solomon formulated and released another fashion line named `Bp oil spill.’ It comprises of a collection of shoes and clothes that are inspired by oil-slicked animals.

In 2011, Yotam Solomon presented a line which had been custom made for the Coca-Cola (Dasani) company. It comprised of dresses that had been made from live plants and florals. The design aimed to portray Dasani’s objective to formulate a plant-based bottle for their bottled water. During the same year, Solomon was named as a `Super-star designer’ by E! Entertainment, due to his living clothing collection. On March 2012, Yotam Solomon presented at a fashion fundraiser named `Breathe LA’s attire to inspire’ in LA. His presentation involved a sky blue fabric that changed to a different color if exposed to heat. The objective of this presentation was to demonstrate the environmental impact as a result of climate change

Yotam Solomon holds the record of being the youngest designer to present during the LA fashion week. Although he is only 25 years old, he has shown many collections at several events. He was `L.A’s Top Young Designer’ in 2009 courtesy of AOL’s style list. His line `Yotam Solomon’ was part of a challenge of `America’s Next Top Model cycle 13.’

Being Israeli born, Yotam Solomon describes his Jewish heritage as vital to him and incorporates this influence in his designs. With great success in his designer career, many celebrities have worn his collections, i.e., Nicki Reed and Kim Kardashian.

Yotam Solomon is known to love traveling, with his favorite destination being the Himalayas. More so, Solomon likes hiking and playing beach volleyball. Yotam also has a great interest in art and has been playing viola since he was young.

Solomon’s favorite designer is known to be Victoria Beckman. Solomon's all-time favorite movie is called `Sarah’s key. More so, Yotam loved reading and named `throw them all out’ as his favorite book