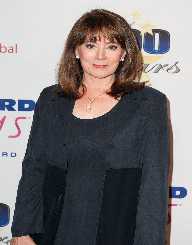 American television and film actress Patricia Castle Richardson was born on February 23, 1951, in Bethesda, Maryland. She was the third daughter of Mary Elizabeth and Laurence Baxter Richardson. Her father Laurence was a retired naval officer, who worked as a corporate executive later in his life.

Richardson attended the Holton-Arms School in Maryland. After graduation, she went to study in The Hockaday School in Dallas, Texas. Richardson went to the Southern Methodist University, where she made friends with Beth Henley, who later became a renowned playwright and Stephen Tobolowsky, who was initially cast in the series Home Improvement.

Richardson began her career as an understudy for the role of Gypsy Rose Lee in the Broadway production of Gypsy: A Musical Fable. She also played several minor chorus parts. After this, Richardson went on to star in several regional theater productions, Broadway, and off-Broadway plays, as well as in commercials. At the beginning of her career, Richardson appeared in shows like The Equalizer, Spencer For Hire and Kate & Allie. She also made an appearance in one episode of The Cosby Show in its third season.

During the 1980s, Richardson went to Los Angeles and starred in a sitcom Double Trouble. She was offered to continue with the show for its second season but passed on the opportunity to continue performing in Beth Henley’s off-Broadway show The Miss Firecracker Contest.

In 2002, Richardson began working on the Lifetime medical drama series Strong Medicine. She replaced Janine Turner for the role of Dr. Any Campbell. For her performance, Richardson was nominated for two Prism Awards. She was also cast in a recurring role as Sheila Brooks in the final two seasons of the political drama The West Wing.

After the success of Home Improvement, Richardson became a famous TV show actress. She appeared in the first season of hit TV show Law & Order: Special Victims Unit. In 2008, she made her debut as a producer for the documentary Long Story Short. The documentary film tells the story of Larry and Trudie Long, a famous 1940s Asian American Nightclub.

Richardson appeared in the NBC film The Jensen Project in 2010. The following year, she was cast in the TV film Bringing Ashley Home and the coming-of-age film Beautiful Wave.

Richardson starred in the season 12 of TV series Last Man Standing, where she reunited with her Home Improvement co-star Tim Allen. In 2015, Richardson ran for the position as the national president of Screen Actors Guild- American Federation of Television and Radio Artists but lost the election to Ken Howard. However, she was elected to the organization’s national and local Los Angeles Board.

In 1982, Richardson married fellow actor Ray Baker. The couple had three children- Henry, and twins Roxanne Elizabeth and Joseph Castle. She had the twins just three months before beginning her work on Home Improvement. Her marriage ended in divorce in 1995. Richardson is also the godmother of actress Betty Gilpin.

After her marriage fell apart, Richardson began a romantic relationship with her long-time friend psychologist Dr. Mark Cline. Although Richardson never confirmed the status of their relationship, they lived together in Los Angeles. Although the two do not live together anymore, they have remained good friends.

Richardson has served on the Board of Directors for Cure PSP- a patient advocacy and research organization for progressive supranuclear palsy, multiple system atrophy, corticobasal degeneration and other related “Prime of Life” diseases. She joined the organization for personal reasons since her father died of PSP in 2005.