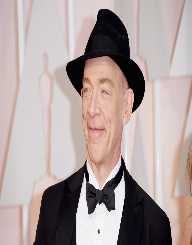 J.K. Simmons was born 9th January 1955, to Donald and Patricia Simmons. He was born in Grosse Pointe, Michigan, in the United States. His father was a music teacher, and his mother was an administrator. When  J.K. Simmons was ten years old, the family moved to Worthington, Ohio. In 1970,  J.K. Simmons enrolled at Thomas Worthington High School. He studied for two years, and then the family was on the move once again, this time to Missoula, Montana.

His father took up the position of Director of the School of Music at the University of Montana.  J.K. Simmons went to the same university where his father taught, and he graduated in 1978 with a degree in music.

J.K. Simmons began in stage productions. In 1987 he starred in Birds of Paradise, and from there went on to Broadway. He performed in productions such as Guys and Dolls, and Carousel. J.K. Simmons moved into acting on television and the movies. He was very well-known for his role in Law & Order. He played the role of a police psychiatrist and acted in three of the different Law & Orders. Between 1987 and the present,  J.K. Simmons has been in nearly 80 different television shows and series, many multiple times. Series includes 52 episodes of Law & Order and 108 episodes of The Closer. Other shows include Without a Trace, ER, and The West Wing.

J.K. Simmons has been nominated for 64 awards, and he has won 38 of them, all the wins being for his role in Whiplash. His awards include an Academy Award, a Golden Globe, and a Screen Actors Guild Award.

J.K. Simmons married Michelle Schumacher in 1996. They have two children, a son, Joe, and a daughter, Olivia.