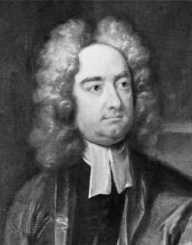 Jean Paul rose to fame as a German writer and a fervent novelist of all time. He ruled the 19th-century world with nothing else but his artistry. Hailing as one of Romanticism lover, Jean’s ideals transitioned even to the unknown. He hailed from a decent background which forced him to degrade poverty. It was during his teenage life that his father who was a geologist breathed his last. As a young lad, he opted to follow his father’s footsteps.

Jean Paul studied theology for some time, where he came to realize that it wasn’t his in-thing. It was here that he opted to venture into writing. He was always inspired by the works of notable authors including Jean Rousseau whom he came to take his name: Jean-Paul.

Since inception, Jean Paul was defined as a quick learner and a risk taker who wanted nothing else than to change his social status. He hated to live in agony and deprivation; so comfort zone wasn’t his order of the day. Above anything else, Jean loved to take ample breaks and rests; not for pleasure but to re-ignite his genuine personality. He enjoyed a competitive environment just as much as he despised monotonous life. His high level of imagination and zeal gave him a chance to eradicate poverty in his family. Jean was only content with one major thing; achieving his end goal.

Jean Paul was born as Johann Paul Friedrich Richter on March 21st, 1763 in Wunsiedel, Holy Roman Empire. His father, Johann Christian served as a pastor and school teacher. His mother, Sophia Rosina was a hardworking housemaker. It was in 1779 that Jean’s life turned around when his father succumbed due to a short illness. The family relied on well-wishers as well as toiling hard to make ends meet.

In 1781 Jean Paul joined the University of Leipzig where he majored in philosophy and theology till 1784. It was also the same time where he realized his writing skills. Without further ado, Jean began to write, and he parted with his studies in 1783 to concentrate on writing.

After dropping out of school, Jean Paul returned to his native land where his mother served as a tutor in 1789. After some time, Paul started to write as well as publishing satires without definite success. It was there that he opted to look for odd jobs for his family’s upkeep. In all, he was lucky to land a small position at Schwarzenbach School where he served as a teacher. He remained in the position for four years.

In 1790s Jean started to read the works of Laurence Sterne that came to inspire him greatly. It was in the middle of his research and findings that he authored a book titled The Invisible Lodge. The book was greatly acknowledged by a prominent author called Karl Philipp Moritz. This is what paved the way for another compelling novel called Hesperus in 1795. The blockbuster cemented him into the world of fame. Not to mention admiration followed him like a plague.

After some time Jean Paul went to live in Weimar, Germany. Here, he befriended authors such as Herder, Schiller, and Goethe. As a prominent writer and author, he topped to the pinnacle of creativity in the 1800s. His writings gave an adequate explanation of both Romanticism and Classicism.

From the 1800s to 1809 Jean Paul’s works secured the hall of fame. Some of his notable and significant works included Des Luftschiffers Giannozzo Seebuch and Des Feldpredigers Schmelzle Reise nach Flatz. Sad to say Jean’s later writings didn’t give positive results due to his son’s sudden death in the 1820s.

In 1801 Jean Paul tied a nuptial knot with Caroline Meyer with whom he had two children. He seemed to have a happy life till when his dearest son, Max passed away. His life took another turn where health problems and depression closed his eyes in 1825.