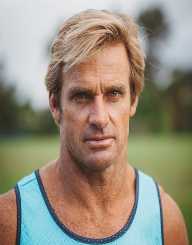 Hamilton Othanel Smith was born on August 23, 1931. He is an American microbiologist. In 1978, he received the Nobel Prize for Physiology or Medicine. He received the Nobel Prize for the discovery of restriction enzymes that could divide the DNA in a cell into smaller pieces so that its construction could be studied more easily. He won the prize alongside microbiologists Werner Arber and Daniel Nathans. He works so much on the biology of DNAs than any other biological properties.

Hamilton Othanel Smith was born on August 23, 1931, in New York, United States. He was born to Bunnie Othanel Smith who was an Assistant Professor of Education at the University of Florida at Gainesville and Tommie Naomi Harkey who was a school teacher. He was brought up alongside his brother, Norman. Smith was born when he father had taken leave from the University of Florida and Joined Columbia University to pursue his doctoral studies. His family moved to Illinois when his father joined the Department of Education at the University of Illinois. Smith grew up in Illinois where he was detached from the Great Depression and World War II. Smith attended the University Laboratory High School of Urbana, Illinois. He graduated from the school within three years. He was taught chemistry and physics by Wilbur Hamish, Geometry by Vynce Hines and Algebra by Miles Hartley.

In 1950, he joined the University of California at Berkeley where he took biology, biochemistry and cell physiology. In 1952, Smith graduated from the school with a Bachelor’s Degree in Mathematics. In 1952, he joined the John Hopkins University Medical School in Baltimore, Maryland. He earned his M.D from the school and went to the Barnes Hospital in St. Louis for his medical internship.

In 1957, Smith joined the United States Army where he completed a two-year stint in San Diego, California. In 1959, he moved to Detroit, Michigan and joined the Henry Ford Hospital to finish his medical residency training. In 1962, after getting a N.I.H postdoctoral fellowship, he joined the Department of Human Genetics at the University of Michigan at Ann Arbor. At the Department, he started work on the Salmonella Phage P22 lysogeny alongside geneticist Mike. In 1965, they discovered the gene that controlled the prophage attachment. In 1967, Smith published his findings. In the same year, he returned to John Hopkins where he joined the Department of Microbiology as an Assistant Professor of Microbiology. In 1968, he discovered the first type II restriction enzyme that could break up the DNA molecule. In 1973, he became a full professor of microbiology in the microbiology department.

In 1975 to 1976, he worked with Max Birnstiel at the University of Zurich in Switzerland on the sequencing and arrangements of the histone gene. In 1995, Smith was successful in sequencing the genome of the Haemophilus influenza bacteria at The Institute for Genomics Research. In 1998, he joined Celara Genomics Corporation where he helped in the genomic sequencing in fruit flies and human beings. In 2002, he became the director of the Institute for Biological Energy Alternatives in Maryland. In 2006, he became the head of the synthetic biology and biological energy research group of the J Craig Venter Institute. He is currently the director of Synthetic Genomics.

In 1978, he received the Nobel Prize in Physiology or Medicine.

In 1956, Smith married Elizabeth Anne Bolton with whom he has five children. Smith loves playing the piano during his free time. He also loves listening to classical music, and he is said to be a humble man who loves his family so much.