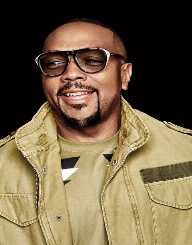 Timbaland is a famous American Music producer, songwriter, DJ and rapper born on March 10th 1972. He has collaborated with many celebrity artists like Beck, Ludacris, Jay-Z and many others. The great artist has faced challenges growing up. He was only 15 when a co-worker at Red Lobster where he was working shot him. For the next nine months after the incident, Timbaland struggled with partial paralysis. However, he did not let this pull him back. Instead, he took DJ lessons during this time.

In the late 198os, Missy Elliott discovered the talented Timbaland and gave him the role of producing her first album Supa Supa Fly. Among Timbaland’s solo albums include Tim's Bio: Life from da Bassment, Shock Value in 2007 and Shock Value II in 2009.

Timbaland was born on March 10th 1972. His place of birth was in Norfolk, Virginia in the United States. He is the son of Garland Mosley and Latrice. He has younger brother Sebastian and younger sister Courtney Rashon. She is an author and a make-up artist. He was shot by a co-worker at the age of 14 rendering him partially paralyzed for nine months. He was working for Red Lobster restaurant at that time when he was accidentally shot. During this time he used his left hand which was not affected by the paralysis to learn how to DJ.

Timbaland attended Salem High School in Virginia Beach, Virginia. During his high school days, he became friends with rapper Melvin Barcliff. It has then become a long-term collaboration.

Timbaland produced the 1996 Ginuwine the Bachelor album by Ginuwine. Among the singles of the album was the song “Pony” which was a great hit. Around that time, he was also the co-producer of the album One in a Million by Aaliyah.

In 1997, he produced Supa Dupa Fly, the debut album of Elliot. The album comprised of hit singles like: "Sock It 2 Me “and "The Rain (Supa Dupa Fly)."

In 1998, Timbaland released Tim's Bio: Life From da Bassment which was his first album. Towards the fall of the 1990s, Timbaland had become quite famous and was unstoppable in the music industry.  He went ahead to produce the album Justified (2002) by Timberlake. The album comprised of the hit single "Cry Me a River."

Timbaland established his label Mosley Music Group (MMG) in 2006. The label was a division of Interscope and became a hit instantly with the album Loose by Nelly Furtado. He furthered his association with Timberlake in two of 20/20 Experience albums which was released in the year 2013. Later, he joined the production of the 2015 soap opera Empire as the music supervisor.

Timbaland has been alleged of plagiarism accusations. In the beginning of 2007, many news sources pointed an accusing finger at Timbaland. They claimed that in his song “Do It” from his album Loose contains plagiarism since he did not give compensation or credit to the sources he plagiarized.

Additionally, his song "Throw It on Me" was also reported to have Plagiarized elements. In 2004, another newspaper reported that Jay-Z’s track "Versus" as another plagiarism case. Timbaland was the producer of the alleged track. The song has similarities with Bruno Spoerri’s song “On the Way." The case was settled after Timbaland and Jay-Z agreed to pay 50% from the revenue of the song to Bruno.

In 2008, Timbaland tied the knot with Monique Idlett. She is Timbaland’s business manager. The couple has a daughter. They almost divorced in 2013 when Monique filed for one. However, the following year they reconciled.