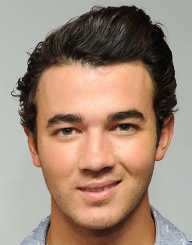 Taylor Hanson was born on March 14, 1983. He is an American musician. He is a member of the pop-rock band ‘Hanson.’ Taylor sings lead and backup vocals. He plays Piano, keyboard, percussion, harmonica, and guitar. Hanson is the lead singer of ‘Tinted Windows.’

Taylor Hanson was born on March 14, 1983, in Tulsa, Oklahoma in the United States of America. He was born to Clarke Walker Hanson and Diana Frances Hanson. He was brought up alongside six siblings: Jessica, Mackenzie, Avery, Zoe, Isaac, and Zack.

In 1992, Taylor Hanson and his brothers Isaac and Zack began a band known as ‘The Hanson Brothers’. He was only nine years old when they formed the band. They would perform in clubs in Tulsa as an a cappella group. In 1997, they released their major studio album titled ‘Middle of Nowhere’ with Mercury Records. The album was number one on the Billboard Hot 100 Chart. In 2000, the band released the album ‘This Time Around’ which went gold.

Taylor Hanson is the co-founder of 3CG Records. Taylor is also the CEO of the company. He founded the company with his brothers Isaac and Zack. Their band is currently known as ‘Hanson.’ In 2009, he co-founded the band ‘Tinted Windows’ with Bun Carlos, James Iha, and Adam Schlesinger. In the same year, the band released its first album. In 2016, he performed the song ‘A Song For You’ at the funeral service of his friend Leon Russell.