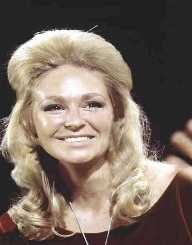 Joan Bennett Kennedy is an American socialite, writer, pianist, and former model who is best known for her marriage to politician Ted Kennedy.

Virginia Joan Bennett was born on September 2, 1936, in Manhattan, New York City. Her father, Harry Wiggin Bennett Jr, was an advertising executive. Her mother’s name was Virginia Joan Stead. When she was two years old, her younger sister, Candace, was born. She spent most of her childhood in the village of Bronxville, New York. In her teenage years, she worked as a model in TV advertisements.

Joan Bennett attended Manhattanville College in the town of Purchase, New York. There, she befriended Jean Kennedy and Ethel Kennedy, members of the Kennedy family. After earning her bachelor’s degree, she got married. She continued her education after ending her marriage. In 1982, she obtained a Master’s degree in education from Lesley University.

In 1957, Jean Kennedy introduced Joan Bennett to her brother, Ted Kennedy. The two of them began a relationship and soon got engaged. They had a small wedding ceremony in Bronxville in November 1958. In 1960, they had a daughter named Kara.

Virginia Joan Bennett supported her husband throughout his career. In 1964, he was in a plane crash and suffered a severe back injury. She continued his campaign for the U. S. Senate and made all scheduled appearances instead of him. In 1969, Ted was involved in a car accident in Massachusetts.

His co-passenger was Mary Jo Kopechne, a staff member in his brother’s presidential campaign. She died in the accident and he fled the scene. Joan attended Mary’s funeral and stood by Ted when he admitted in court that he had fled the scene.

In 1973, Joan’s son, Ted Jr, developed bone cancer and had his leg amputated. In 1978, she and her husband separated. They kept their split a secret and appeared in public together until 1981. They finally got an official divorce in 1983.

After her divorce,  Virginia Joan Bennett started giving piano lessons to children. She also performed occasionally and took part in several charities. She released the book The Joy of Classical Music: A Guide for You and Your Family in 1992.

Joan started struggling with alcoholism. She was arrested for drunk driving several times and had to attend court-ordered rehabilitation. Her drinking damaged her kidneys and she had to undergo dialysis.

Virginia Joan Bennett once got drunk, passed out in the streets, and broke her shoulder. The court ultimately ordered for her estate to be put in trust with two legal guardians. In 2005, she had surgery for breast cancer. In 2009, Ted died of brain cancer and Joan attended his funeral. In 2011, their daughter Kara died of heart failure.