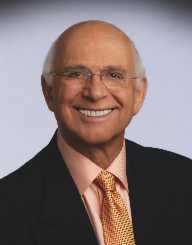 Gavin MacLeod was born on February 28, 1931, in Mount Kisco, New York. He was the oldest of two children to her mother Margaret, a middle school dropout who worked for Reader’s Digest and George See, an electrician. He studied at Ithaca College and graduated in 1952.

After high school, MacLeod served in the United States Air Force and after this moved to New York City to work at the Radio City Music Hall. Meanwhile, he was also looking for acting work. During this time he also changed his name, since he felt his original name was getting in the way of his career.

In 1957, MacLeod made his television debut on The Walter Winchell File. He was at the time 26 years old. He also had a small role in The True Story of Lynn Stuart in 1958. The same year, he landed a role in I Want to Live!- a prison drama. After this project, he was noticed by Blake Edwards who cast him in the pilot episode of NBC’s series Peter Gunn. Edwards also cast him in the CBS series Mr. Lucky and Operation Petticoat. The latter became his breakout role, and he was later cast in two other comedies by Edwards, High Time and The Party.

During the late 1950s and early 1960s, MacLeod made several television appearances on various shows. He joined the cast on The Dick Van Dyke Show in a guest role. He also made guest appearances on Perry Mason and played in the first season of Hawaii Five-O. MacLeod landed his first regular role on television in the 1962 show McHale’s Navy. Between 1965 and 1969, MacLeod appeared in several TV roles.

MacLeod’s role as Murray Slaughter in the television series The Mary Tyler Moore Show made his name recognizable in the film industry. For his performance, he received two Golden Globe nominations. His role as the Captain Stubing on The Love Boat was shown in 90 countries worldwide, lasting for nine seasons between 1977 and 1986. The series earned him three Golden Globe award nominations.

Thanks to his fame as Captain Stubing, MacLeod became the spokesperson for Princess Cruises in 1986. In 1997, he joined the Love Boat cast on The Oprah Winfrey Show. Between 1997 and 2003, MacLeod made several appearances in musicals, most notably in Gigi and Copacabana. MacLeod has been the host of the Trinity Broadcasting Network for 17 years when he started hosting a show about marriage Back on Course. In 2009, he played the led role in the movie The Secrets of Jonathan Sperry.

In 2011, MacLeod celebrated his 80th birthday aboard The Golden Princess in Los Angeles, California. He was the honorary Mayor of Pacific Palisades for five years until 2011. He appeared in the special for Betty White’s 90th birthday in 2012. The following year, he reunited with White to film the Safety Old School Style video for Air New Zealand.

In 2013, MacLeod was on the Today Show, where he promoted his new book. This Is Your Captain Speaking: My Fantastic Voyage Through Hollywood, Faith & Life. In 2013, he also joined the cast of Love Boat for a CBS daytime show The Talk. Besides the previously mentioned book, MacLeod is also the author of the 1987 book Back On Course: The Remarkable Story of a Divorce That Ended in Remarriage.

MacLeod married his wife Patti in 1974. They divorced in the 1980s but remarried in 1985. They both became Evangelical Christians and credited their religion to bring them back together.