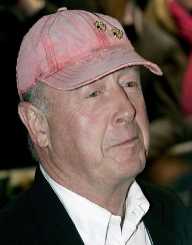 Tony Scott was a British film director and producer famous for his films like Top Gun and Enemy of the State.

Tony Scott was born in Northumberland, England on June 21, 1944. At birth, his parents named him Anthony David Leighton Scott. He was the last born in the family of three siblings. The son of a British Army Colonel Francis Percy and Elizabeth Scott, Tony came from a family of film enthusiasts. Tony Scott studied at Grangefield School in North East England. He moved to West Hartlepool College of Art where he studied fine arts. He joined the University Of Sunderland School Of Arts. Scott graduated from the university with a Fine Arts degree. He moved to Leeds and then London. In London, he joined the Royal College of Art.

Scott graduated from the Royal College of Art and went in painting. Having seen the success of his brother Ridley in the film industry, Scott decided to follow his brother. He started doing television commercials at his brother’s company. They left commercials for films. In 1975, Scott directed his first television film. He created an adaptation of the Author of Beltraffio, an original story by Henry James. After the initial success of the film, Scott ventured into several other films while in Britain. He got an invitation to work in Hollywood in early 1980.

In 1982 MGM sought him for their vampire film The Hunger. Initially, the film failed to attract a following. The film industry went back to it, and it generated a following. He directed some minor films in Hollywood after the vampire film. Scott decided to fall back to commercials after the film journey proved tumultuous. He returned back to Hollywood in 1985. He directed the film Top Gun, the film that created the career of actor Tom Cruise. He directed the film Beverly Hills Cop II in 1987. The film attracted film lovers to cinema halls across the US. It starred actor Eddie Murphy on the cast. He assembled a host of actors to create the film Revenge. In the 1990 film, Scott produced a story of revenge and adultery in a cast set in Mexico. He paired up with Tom Cruise in another 1990 film Days of Thunder.

In the 1990s, Scott had mixed fortunes in the industry. He started working with big stars in the industry. In 1991, he directed the film The Last Boy Scout featuring Damon Wayans. Two years later, he directed the film True Romance. Despite having a host of seasoned actors like Brad Pitt, Samuel L. Jackson, and Christian Slater, the film attracted few critics in the box office. In 1995, he directed Denzel Washington in the film Crimson Tide. Scott did his best film of the 1990s, Enemy of the State. In the political and military conspiracy film, he featured Will Smith. It became the highest earning film of the decade.

He had a fair share of success in the 2000s. In 2001, Scott did the film Spy Game. It became a commercial success, after some poor performances of some productions after Enemy of the State. Scott and Denzel Washington teamed up again in 2004. He produced the film Man on Fire in April that year.

The Scott brothers Ridley and Tony came together in 2005. They produced the television series Numb3rs. The production was televised for five years, from 2005 until 2010. The 2005 film Domino created little anxiety from the film enthusiasts. In 2009, he brought together Denzel Washington and John Travolta in the film The Taking of Pelham123. At the turn of the decade in 2010, Ridley and Tony teamed up to produce the film the A-Team. Scott had another production late in the year titled Unstoppable.

During his career, Scott worked with producer Jerry Bruckheimer in the production of six films. Having learned under him, Scott ventured into directing and producing films on his own. He helped start the careers of young actors like Tom Cruise and Denzel Washington. He left some unfinished projects at the time of his death. One of the films he was working on was Lawrence of Arabia.

He married thrice in his life. Scott married Gerry Boldy in 1967. The couple stayed for seven years before divorcing in 1974. He remarried in 1986 to Glynis Sanders. Sanders divorced him on charges of infidelity. In his two marriages, Scott never had any children. He married his third wife Donna Wilson in November 1994. They had twin sons and stayed together until his death. Scott was popular for his trademark worn-out baseball cap.

Tony Scott died on August 19, 2012, in San Pedro. He drove to the Vincent Thomas Bridge in Los Angeles. After leaving a note of his contact information, he jumped off the bridge to his death. His suicide sent shock waves among the Hollywood fraternity. On August 24, 2012, his body was cremated and ashes buried at the Hollywood Forever Cemetery. Though his family gave his struggle with cancer as the possible cause of his suicide, the autopsy report found no malignant cancer in the body.

His family founded a scholarship fund for the needy students at the American Film Institute in his honor. Several films have been made in his memory.