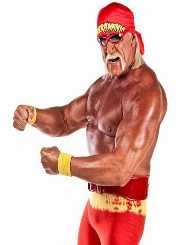 Hulk Hogan is a known wrestler that is well known for preaching the importance of training, prayers, and vitamins. He happened to be the second longest combined reigning WWF Champion of all time. His real name is Terry Gene but popularly known by his ring name Hulk Hogan. He is a professional wrestler and actor, television personality, entrepreneur as well as a Musician.

Hulk Hogan was an aspiring musician as well as a baseball player while growing up. He later changes to choose wrestling as his path to success. The famous trainer, Hiro Matsuda trained him. Young Hulk was a determined fellow as he got his leg broken by his trainer on his first day. However, he came back to the ring immediately his leg healed. As a result of this single act, his coach respected and admired him.

Hulk Hogan was born in Augusta, Georgia on the 11th day of August 1953 to a construction foreman, Pietro Bollea and a dance teacher, Ruth V. However, while he was still young, his family relocated to Port Tampa, Florida. There, he got himself pitched in the little league baseball. His career was probably ended when he got an injury. He also joined the Florida-based rock bands where he played the fretless bass guitar for almost a decade.

Hulk Hogan attended Hillsborough Community College and proceeded to the University of South Florida. However, his love for music overrode his love for schooling. He dropped out to pursue his music careers. He then formed a band with a couple of other musicians called the Band Ruckus in 1976. Back then in Florida region, a lot of wrestling competitions were usually organized in which many wrestlers did head to the bars where Ruckus performed to relax. It was during that period that he was noticed by Brisco brothers and motivated into wrestling. The famous Hiro Matsuda then trained him.

Having been discovered and trained under Matsuda for a year, he fought Brian Blair but left when things didn’t work out with Matsuda. He then chose to partner his friend Ed Leslie in a tag team. They joined Louie Tillet’s Alabama Territory and wrestled as the Boulder Brothers. Hulk Hogan won his first wrestling Championship after he defeated Bob Roop in 1979. He was a given a chance to join WWF in the same year.

Things changed for Hulk Hogan when he had his debut bout against the fierce looking Andre the Giant. He won the match and was given a great accolade and the support of fans all over the country. This single fight got him favor with actor Sylvester Stallone, who cast him in his 1982 movie, Rocky III as “Thunderlips the Ultimate Male.”

Hulk Hogan joined the New Japan Pro Wrestling in the 1980s. He displayed a lot of traditional and technical skills and maneuvers. He also adopted the Axe Bomber as his finishing move. This got him the nickname of Number 1 (Ichiban). In 1984, he defeated Iron Sheik in a memorable fight which earned him his WWF Championship belt. This made him rose quickly to stardom. Hulk Hogan also got the nickname Hulkamania at that period. Hulk’s success got the public’s mind. He, however, become a 12 time World Champion – six-time champion of World Championship Wrestling and six-time champion of WWF/E. He remained the WWF champion for 1, 474 days (1984 – 1988).

As of 1985, his name had become a popular name among Americans. Many products were marketed with his name. His acting career got a boom and got leading roles in some movie projects. He starred in the movie “No Holds Barred” which was moderately successful. However, his success waned in the early 90s when he was called to testify against his former boss, McMahon. He went underground voluntarily due to his admission of drug abuse. However, in 1996, he returned to the wrestling arena as “Hollywood Hogan.” He won people’s admiration once again and became popular. He associated with Ted Turner’s WCW. In 2002, he shared his professional wrestling experience in his autobiography, “Hollywood Hulk Hogan. He also gave an insight into his family life in the reality series, “Hogan Knows Best” in 2005.

In 2012, a sex tape involving him and one Heather Clem was leaked. However, the duo claimed ignorance about being filmed. Hulk Hogan sued the couple for privacy invasion a settlement was sought later. This sex tape was rereleased in October 2012 by Gawker. In this tape, it was alleged that the wrestler made some racist rants. This he, however, admitted to a point and that his racial rants were regrettable. In July 2015, he got his contract terminated with WWE.

In 2005, WWE inducted his name into the WWE Hall of Fame.

Hulk Hogan was married to Linda Claridge on the 18th day of December 1983. The couple had two children named Brooke, a daughter and Nick, a son. He, however, got separated in 2007 and married Jennifer McDaniel in 2010. He currently worth $8 million.