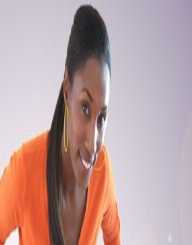 Lisa Deshaun Leslie-Lockwood also participated in other sports team like the volley and athletics. Her impressive basketball play talent and skills earned her the top scorers and rebounder of her team leading the team to the California state championship in 1989. Her diligence and enticing skills were noticed which gained her a place in the USA Junior Championship team.

After her high school education, Lisa Deshaun Leslie-Lockwood attended the University of South California from 1990-1994 and graduated with a bachelor degree in communication. In 2009, she graduated with a Masters of Business Administration at the University of Phoenix. Her days at the University of South California was that of record settings and breaking. In all she played in about 120 games with an average point of 20.1 points, hitting 53.4% of her shots, and knocking down 69.8% of her free throws. That was when she made a new Pac-10 conference record with an accumulated point of 2,414 points, 1,214 boards, and 321 blocked shots. She led her team to win the Pac-10 conference championship. She won several honors including the Rockie of the Year Award in 1991, National Player of the Year, 1994 and several others.

At age 17, Lisa Deshaun Leslie-Lockwood was named a member of the USA Basketball Women Junior National Team as the youngest member. Her first participation in the team was at second Junior World Championship in Bilbao, Spain, in 1989. The team ended at seventh place after a poor start in the opening game with South Korea. Lisa Deshaun Leslie-Lockwood was part of the team during the World University Game, in Sheffield, England, 1991.

Her performance was impressive and ended up with an average of 13.0 points, and the team eventually won the gold medal. Her other participation in the National team was in 1992 when they won Gold in Taipei, four appearances in the Olympic games with four medals. Leslie graduated from the US junior national team to the national women's basketball team. There, she won gold in the 1996 and 2000 and a world championship. Lisa Deshaun Leslie-Lockwood was also the youngest player in the USA Olympic Trial in 1992.