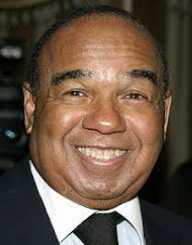 Bobby Short was an American cabaret singer and pianist. He was born as Robert Waltrip Short on September 15, 1924. His place of birth is in Danville, Illinois, United States of America. He was ninth among the ten children of his coal miner father. His father hailed from Kentucky and sometimes used to get high paying jobs as well.

Short’s family was completely music oriented. He began trying his hand in playing the family piano by the age of four. His family had a radio which was always tuned to jazz music. Short inherited his creative instinct from his mother. His mother was a picture of composure. She taught Short the technique of survival under stressful conditions. He left home with his mother’s consent at the age of eleven. Performing as a street musician (Busker) he arrived at the city of Chicago and began performing in fancy nightclubs in and around the city.

THE GREAT DEPRESSION OF THE 1930s

It was the great depression of the 1930s which hit his family hard. With no other option available for survival, Bobby Short tried to earn money by singing. He performed at various upper-class parties, pubs, and fashionable nightclubs. All this happened when he was only nine years old. Soon, he turned himself into a teenage singing sensation with his inborn talent and fast developing musical skill.

Musical talent hunters got the whiff of his talent when he arrived at Chicago and began singing professionally in different clubs and hotels. They started to book him for his performance in various venues of Chicago and New York City. In 1937, at the age of 13, he performed at hot places such as the Apollo Theatre.

Bobby Short had also developed a perfect sense of dressing early in his career. He liked to dress in stylish, elegant clothes. His choice of clothes was often the reason behind his selection as the best-dressed man in different parties during the latter part of his life.

DEATH OF HIS FATHER

In 1936, Bobby Short's father passed away. He came back to Illinois to support his family. His return acted as a sudden break to his prosperous singing career for a while. During the break, he completed his education with high school graduation. He resumed his musical career immediately afterwards.

Bobby Short came back actively pursuing music as the choice of his adult career in 1942. He performed at the Capitol Lounge of the Chicago city. After this performance, his reputation as a singer spread far and wide. As a result, he began getting invitations for performing in the nightclubs of many other large cities of America. He also became a regular performer at the Café Gala in Los Angeles by 1948. His quest for more elegance and sophistication in his singing style led him to travel to Paris during the early 1950s. He also traveled to England and consequently developed a British accent.

The first breakthrough of his musical career happened in 1968. In that year, Bobby Short recorded an orchestra with Mabel Mercer. His long term engagement with the Café Carlyle was also initiated in the same year. Soon, he was able to win over the audience of Café Carlyle, a cafe in the Carlyle Hotel of the Upper East Manhattan. He spent 35 long years (1968-2004) as their featured performer. Short was invited to perform at Café Carlyle again in 2005 on the occasion of the 50th anniversary of the nightclub. He celebrated the occasion with his final performance there.

Bobby Short appeared in a television commercial for Revlon’s Charlie perfume which was on air for a long time. Among his few guest appearances on the big screen, Woody Allen's film ‘Hannah and Her Sisters’ (1986) was a revelation.

Though Bobby Short was gay in his sexual orientation, he never declared it in public. Never married in his life, he adopted a son of his older brother.

Short breathed his last on March 21, 2005, in New York. Short was suffering from leukemia. He was hospitalized before his death. His burial took place in the Atherton Cemetery of Danville, Illinois, his place of birth.