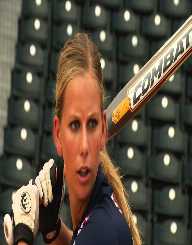 Madison Taylor Shipman was born on the 25th of June 1992 in Houston, TX. Her parents were Bill and Lorri Shipman. She has three siblings, two sisters, Amanda and Allysa, and a brother, Billy.

Madison Shipman’s career as a softball player ran all through High School and College. In 2007, she was a part of Valencia's 2007 USA Today National Championship squad. She was also a member of the National Honour Society at Valencia.

In 2008, Madison was named first team All-California Interscholastic Federation (CIF) as well as in 2009 and 2010. She was also on the first team of Cal-Hi Sports All-State and All-Foothill League Team during this time. Similarly, in 2008 and 2010, she was selected as First Team All-West Region selection. She was likewise chosen as ESPN/RISE First Team All-American in2010. On the national level, she was U.S Junior National Team Member between 2010 and 2011.

In 2011, Madison Shipman was a part of the Freshman All-SEC. She hit her career home run as a freshman in college in the match against Boston College with an 8-0 win. The following year, while she was a college sophomore in 2012, she made First Team All-SEC. She continued to be on the first team in 2013 and 2014.

Madison made a breakout sophomore campaign. She made .311 hits with ten homers, 11 doubles, two triples and a team-high 63 RBIs. She enjoyed wins against, Virginia Tech, Ole Miss, South Carolina, and LSU. Madison Shipman was named SEC player of the week once in 2012. On the National level, she was U.S. Elite Team Member.

While in her Junior year in college, Madison Shipman made several career highs. She led her university to wins in the NCAA Super Regional in 2013. She made the first team in NFCA All-American and NFCA All-Southeast Region. She made the WCWS All-Tournament Team and was SEC All-Defensive Team.

In 2014, Madison set career highs as a senior, one of such was the NCAA Regional game vs. Charleston. She led her team in several home runs, wins, and assists. She set a school-high record with nine assists in the win against South Carolina. She was SEC player of the week twice in 2014. Madison hit .344 with 28 runs, and she was titled second overall by the Florida Pride in the same year.

Madison Shipman was drafted by the USSSA Pride in the 2014 NPF College Draft. She continued here in her second season in 2015.

These are just a few of the many achievements of the professional softball player Madison Shipman's career.