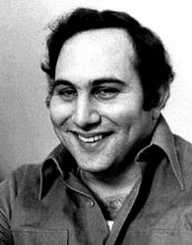 David Berkowitz is an infamous American serial killer responsible for the death of 7 people and injuring seven others. Local police dubbed him the ".44 Caliber Killer," and he later took on the moniker "Son of Sam."

Born as Richard David Falco on June 1, 1953, his mother was of Jewish descent, and he was later adopted by Nathan and Pearl Berkowitz at a few days old. His adoptive parents were Jewish-American hardware store retailers and decided to reverse his name, then adapting their last name. David Richard Berkowitz was then introduced to the world.

As a child, he was perceived as intelligent but had the aura of trouble within him. Being a loner, David Berkowitz was seen bullying other kids as reported by some. When his adoptive mother Pearl died, Berkowitz took it hard as a teenager.

He later joined the US Army when he turned 18 and served a tour in South Korea. Once in the army, he developed his skills and became an excellent marksman. In 1974, he was discharged from the army and returned to New York where he found employment as a sorter for the U.S. Postal Service. He lived in an apartment in Yonkers until his arrest.

Donna Lauria and Jody Valenti were seating in their car when tragedy struck. These two girls were the first of the long list of victims David Berkowitz had the pleasure of terrorizing. The shooting occurred on the late night of July 29, 1976, at the Pelham Bay Area, Bronx. Lauria died of a headshot while Valenti survived with a bullet wound in the thigh.

Following the attack on Lauria and Valenti, David Berkowitz attacked unknowing couple Carl Denaro and Rose Keenan who were both sitting inside Keenan's car on October 23, 1976. The two survived with Denaro suffering an injury from the head. Donna Demasi and Joanne Lomino were not lucky. Unlike the former mentioned, Demasi was shot in the neck while Lomino was shot in the back later rendering her a person with paraplegia. The incident happened at the porch of Lomino's home in Queens on November 27, 1976.

Engaged couple Christine Freund and John Diel were in their car after watching the film Rocky when their car was shot. Diel managed to speed away, suffering minor injuries but Freund, who was shot twice, died at the hospital later on. The shooting occurred on January 30, 1977, near the Forest Hills LIRR Station in Queens. The autopsy from Freund's body deduced that she died of a .44 caliber bullet, the same as Lauria. This earned David Berkowitz the name ".44 Caliber Killer".

Following the engaged couple's shooting was Virginia Voskerichian, who was walking home from school. The incident took place on March 8, 1977, with Voskerichian a few blocks from her home; she was 19 at the time.

By this time, NYPD officials have declared that the .44 Bulldog revolver that claimed the lives of Lauria and Voskerichian were from the same perpetrator. Mayor Abraham Beam, the New York City Mayor of the time, led the said conference on March 10, 1977.

The following month on the 17th of April 1977, two new victims died at the hands of .44 Caliber Killer. Alexander Esau and Valentina Suriani were sitting in the latter's car near her home in the Bronx when they were both shot dead. Esau died at the hospital whereas Suriani died on the spot. Beside the bodies, a handwritten letter was found and addressed to then NYPD Captain Joseph Borrelli. In this letter, David Berkowitz was taunting police officials for their failure to capture him and his self-introduction as the "Son of Sam."

Following this incident, Berkowitz hit again this time on June 26, 1977, at Bayside, Queens. Sal Lupo and Judy Placido were seating in the car discussing the Son of Sam case when they were both shot at. Placido was shot multiple times, first at the right temple then shoulder and the back of her neck while Lupo suffered a shot in the forearm. Luckily, both survived their injuries.

The last shooting happened on the night of July 31, 1977, in Brooklyn. Stacy Moskowitz and Robert Violante were seating inside Violante's car when the shooting occurred. Although Violante survived with an impaired vision to one eye and blindness to the other, Moskowitz died in the hospital.

David Berkowitz was arrested on account of a parking ticket. The night of his final shooting, Cecilia Davis was walking her dog when she witnessed a patrol officer issuing a ticket to a car parked to a fire hydrant. A few moments after the ticketing officer left, the car owner appeared and saw Davis, petrified of the man, ran towards her home. She has stated that she heard gunshot behind her on the street.

From this, police narrowed down the suspects since only a few people had been issued a ticket that day. From there, a series of events led to police investigating Berkowitz car, a 1970's yellow Ford Galaxie. On August 10, 1977, they searched Berkowitz's car that was parked in front of his apartment. Inside, they found a duffel bag full of ammunition and a rifle at the back of his vehicle among other things and a letter addressed to Omega Task Force Inspector Timothy Dowd.

Following his arrest, he was interviewed the very next day and confessed to the crimes committed and pled guilty. Berkowitz stated that the reason for his killings was because of neighbor's dog that was said to be possessed.

In prison, David Berkowitz found rebirth as an evangelical Christian. There was an attempt on his life wherein he was slashed from front to the back of his left neck that required him to get 50 stitches. He never identified his assailant and even stated that it is what he deserved. His case was reopened multiple times but dropped yet again due to dead-ends and inconsistent statements and proofs. Spending his time in prison, Berkowitz wrote a lot of letters, memoirs, and journals of which the media have deliberately tried to buy off of him. For his works, he receives no royalties and instead donated to the families of his victims.

To this day, his identity as Son of Sam has sparked a number of fictional characters based on his life and activities as the Son of Sam.