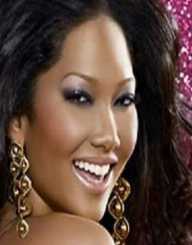 Kimora Lee Leissner born Kimora Lee Perkins (best known as Kimora Simmons) is a famous American fashion model and designer. Born on May 4, 1975, she is best known as a CEO/Creative Director of Baby Phat and later as the president and creative director of Phat Fashions. She took the latter position after her former husband Russell Simmons sold the company to Kellwood. During her term, she introduced several other products to rejuvenate the Phat brand.

Kimora Lee Simmons now known as Kimora Lee Leissner was born on May 4, 1975, in St. Louis, Missouri to a Japanese mother Joanne Perkins a social security administrator and Vernon Whitlock Jr. Simmons mother, was adopted during the Korean War by an American Serviceman and raised in the USA. Her father was also a Black-American who worked as an Equal Employment Opportunity Commission investigator, Federal Marshal, a bail bondsman and a barber in St Louis.

Whitlock came on the wrong side of the law when he was arrested and imprisoned for dealing in narcotics when Kimora was in grade school. Whitlock rejected a deal with a government agent to serve as an informant in exchange for probation. He was then taken off his $500,000 bond and handed a 24-year sentence but was released after serving five years. Kimora’s parents however divorced and she was solely raised by her mother afterwards.

Kimora Lee Simmons became a centre of bullying and teasing at her St. Louis suburb of Florissant, Missouri and in school because of her height of 5 feet 10 inches. Not only that but also for being a mixed race. To build up her confidence, she was enrolled in modelling classes at age 11. She was discovered two years later by Marie-Christine Kollock, a scout for Paris Agency Glamour during a model search in Kansas City. She was then sent to Paris after graduating from Lutheran North High School in ST. Louis, Missouri.

Kimora Lee Simmons had an exclusive modelling deal with Chanel to work under the tutelage of designer Karl Lagerfeld when she was 14 years. She instantly became famous in the fashion industry after she closed Lagerfeld haute couture show in 1989. Since then, she walked haute couture for favorite brands like Valentine and Yves Saint Laurent and had appeared on the cover of Harper Bazaar editions in Malaysian, German, Singaporean and Indonesian.

After Kimora Lee Simmons ' marriage to Russell Simmons, she got involved in Russell’s fashion line Phat Farm. She then launched the Baby Phat in 1999 with dreams to make it a lifestyle brand. She rose to become the Creative Director of Baby Phat and introduced other initiatives. Russell, however, sold Phat Farm to Kellwood Company in 2004 for $140 million and stepped down as CEO in September 2007. This paved the way for Kimora to be appointed as President and Creative Director of Phat Fashions by Kellwood same year.

Kimora Lee Simmons also introduced her sportswear line, KLS, in 2007. Three years into her appointment, Kimora quit her position at Baby Phat and left the brand. It was,however,rumoured that she was paying herself huge sums. She was in 2011 employed by the shopping website JustFab as Creative Director and President, a position she quit in 2015.

Kimora Simmons married Russell Simmons on December 20, 1998, in the Caribbean Island of St Bart. The marriage was officiated by Simmons’s brother, rapper and Pentecostal minister, Joey Simmons.Kimora and Russell first met during a New York City Fashion Week in November 1992 when she was 17 years. The couple had two daughters, Ming Lee Simmons and Aoki Lee Simmons. In 2006, the couple separated but officially divorced in January 2009.

Simmons went ahead to date actor and model Djimon Hounsou in 2007 and participated in a traditional Benin commitment ceremony in 2008. The two separated in November 2012. She then married Tim Leissner, a former Golden Sachs banker in 2014. The couple had since given birth to a boy Wolfe Lee Leissner on April 2015. Kimora now bears the surname of her Leissner “Kimora Lee Leissner.” She is the author of a self-help book, Fabulosity: What It Is and How to Get It, published in February 2006.

Kimora Simmons has featured in music videos, film and television production making her debut in For Love or Money as a model in 1993. She had since played small roles in films like the Big Tease, 1999, Brown Sugar, 2002, Waist Deep, 2006, Beauty Soap, 2005 and Rebound in 2005. She has appeared in television productions including For Your Love, 2001, Kimora: Life in the Fab Lane, 2007-2011, and Kimora: House of Fab. She co-hosted the Sony Television talk show Life & Style. She was a judge on American’s Next Top Model in 2003, cycle 1. Simmons has featured in the music videos of Usher, Ginuwine and Rich Gang in the song Tapout in 2013.

Kimora Lee Simmons was caught on the wrong side of the law for reckless driving, driving with broken brake light, eluding police and possession of marijuana in July 2014. She was given a hot chase for about two miles from the Saddle River Police Station through to her estate in Saddle River, New Jersey. She was arraigned in court on August 2005 where she pleaded guilty to reckless driving. She was handed six months on probation after the proceedings.