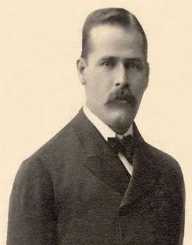 Sundance Kid was an American criminal who got fame from his robbery escapades in the US and South America.

Sundance Kid whose real name was Harry Longabaugh was according to records born around 1867. His was the last born in a family of five siblings. His parents Josiah and Anne were natives of Mont Clare Pennsylvania. Sundance Kid started his criminal activities from a tender age. His first encounter with the law was in 1887 when he was about twenty years. While staying in Wyoming, he raided a ranch in the town of Sundance.

He stole several things including a horse and a gun. Sundance Kid was arrested while trying to escape the authorities. A local judge sentenced him to a jail term of eighteen months. His jail term started from August 1887 and ended in February 1889. When he was released from jail in, he decided to live a life away from crime. In 1891 he got a job at a ranch in Alberta Canada.

Sundance Kid returned to his criminal activities in 1892. In the company of other accomplices, he waylaid a train in Montana. The robbery on the Great Train in raised concern on the authorities, but no arrests were made. As the authorities beefed up security on railroads and high ways, Sundance Kid and his friends were planning something else. In June 1897, five years after the train incident, Sundance Kid tried robbing a bank in South Dakota. They were arrested but escaped from prison as they awaited trial.

In 1900, he met one of Americas best known Wild West fugitive Butch Cassidy. They formed a criminal gang called the Wild Bunch. Since all the members operated under nicknames, Harry Longabaugh assumed the name Sundance Kid. This was a name derived from the town which sentenced him to jail. In August that year, the gang raided and robbed a train belonging to the Union Pacific rail company in Tipton Wyoming. Another raid in September 1900 was in the town of Winnemucca in Nevada. The gang managed to escape with a considerable heist from the First National Bank. They again staged a successful robbery on the Great Northern Train in the town of Wagner.

As the gang was on its rise in their activities, the federal police started trailing them. Soon the police were on their trail. The first member of the gang to be gunned down was George Curry. He was killed in April 1900, months before the robbery on the Union Pacific train. Two other members were accosted the following year. One was killed while the other was jailed. In late 1901, the fourth member was arrested.

Sensing that their days were numbered, Cassidy and Sundance Kid relocated to New York. In the later months of 1901, they relocate to South America. Together with Kid’s girlfriend Etta Place, they made their way and settled in Buenos Aires, Argentina. With the money they had, the three started a cattle ranch in the Chubut area. They operated the ranching business for five years. Then in 1906, they returned to their old ways. They raided banks, trains, shops, and banks. Their operation zone was also widened. It started from Argentina to as far as Bolivia to the north. In 1907, Sundance Kid returned to the US for a while. He took Etta Place back to the US. He then returned back to Argentina to join his friend Cassidy.

In 1909, the two were trailed and surrounded by the Bolivian army personnel. They refused to surrender. In the protracted gun battle, the two died. Official reports indicated they died from head injuries occasioned by the bullets exchange. They were buried in unmarked graves. Other versions of the two emerged later. One said they escaped the shooting in Bolivia only to be killed in Uruguay in 1911. While another narration puts it that Sundance survived all that and returned to the US under an alias. He lived probably as Harry Long until his death.

Like many stories without a conclusive ending, Sundance Kid’s story was turned into a larger than life legend myth. It attracted curiosity, fact, and fiction in equal measure. Forensic experts are still trying to unravel the myth of his death by searching Kid’s body for DNA matching.

The criminal life of Sundance Kid was turned into a Hollywood film in 1969. The movie was titled Butch Cassidy and the Sundance Kid.